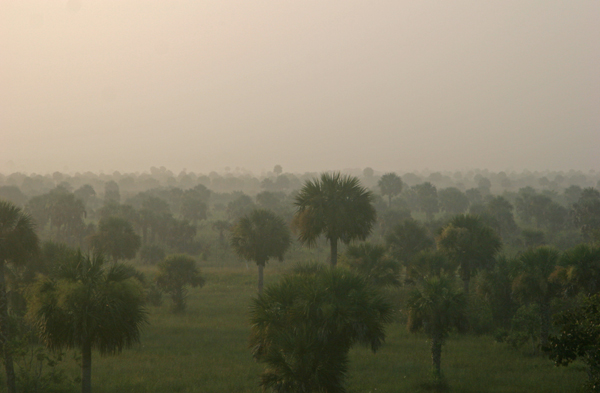 So, today was principally materials science in the Microscopy meeting and bioscience was nowhere to be found, so I took a little trip down to Big Cypress National Preserve and to the Florida Everglades to find my own biology. The real goal was to try and get some photography in of birds and whatever else managed to show itself. I was a little nervous given that this was the wet season and there might not be quite as many birds to see because it was the wet season where the birds tend to spread out as opposed to being more concentrated in spots during the dry season. However, I did not have to worry much as the day was full of birds, alligators, turtles and even deer. Unfortunately, I did not see any panther, but was not surprised given that I was out in the day. 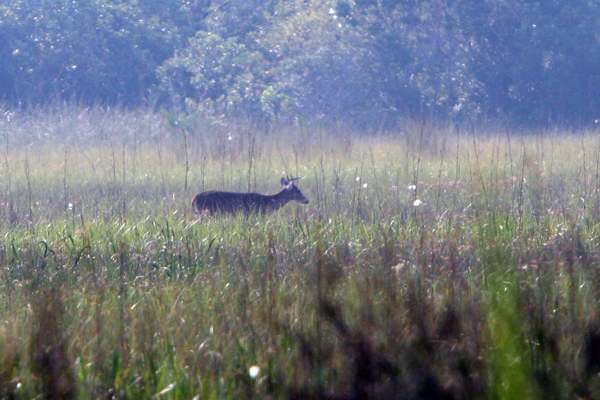 I did however, get an awfully early start to the day given how late I got back from the Shuttle launch yesterday. Given that the light is best and birds are out more in the mornings, I wanted to get to the Preserve as soon after sunup as possible. Early morning meant low lying mist making driving a bit hazardous on some of the narrow two lane highways. But the mist soon cleared enough to hike off the road a bit on some admittedly poorly marked trails where I was able to see an amazing diversity of life through the mist including the white tailed deer, which was the only large mammals I was able to see today other than the rare human I’d run into on the paved portions of the road. It was a little creepy to not see any humans for most of the day, and at one point after not seeing any signs of humans for about six hours, I actually marveled that an experience such as this in South Florida was even possible given all of the over development of the East Coast and South Beach area. 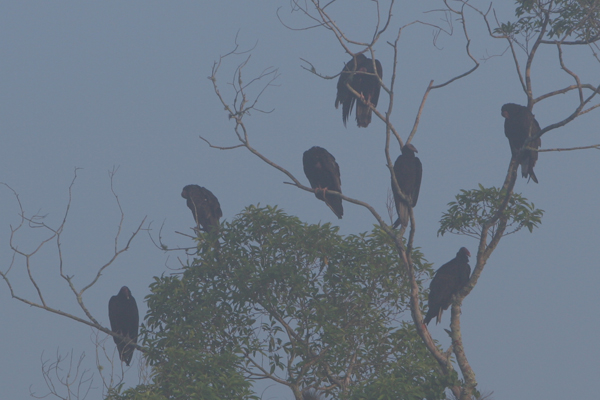 A tree full of American vultures (Coragyps atratus) right near the trailhead. 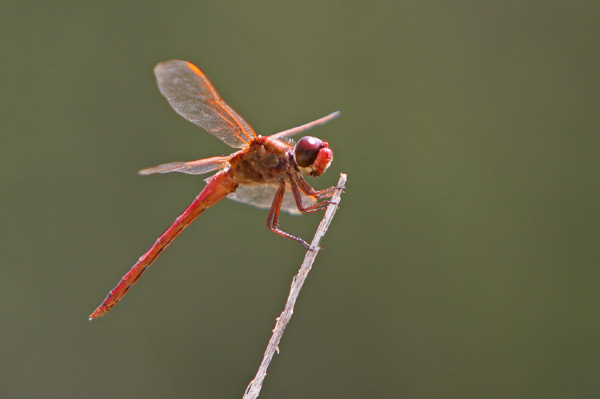 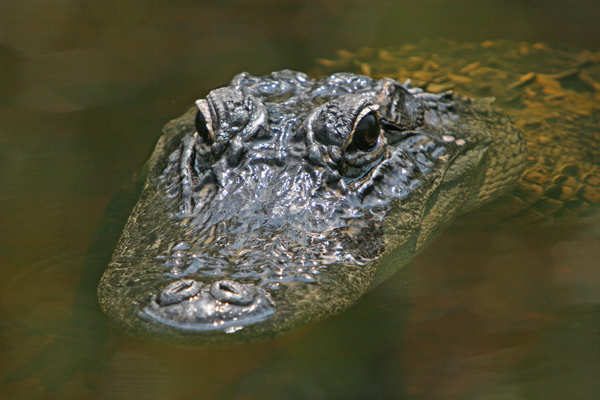 The funny thing about this little dragonfly above was that while I was working to get a decent shot of it, I was being closely watched by an apparently interested party. I could feel something looking at me and suddenly glanced to my right to find this little alligator three feet away from me. Before hiking in remote places, I typically pick up a few select pebbles at the trailhead, so pulling one of them out of my pocket, I tossed it at the gator and skipped one off the top of his head to which he simply blinked, looked at me and moved just a little bit closer. At that point I backed off and moved on down the trail as I figured he was likely hungry and I did not feel like volunteering any portion of myself for his edification. 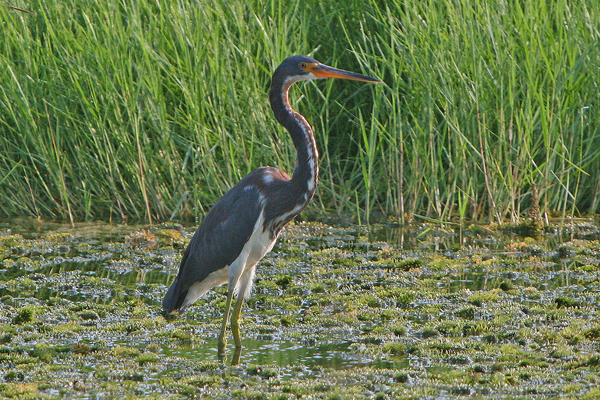 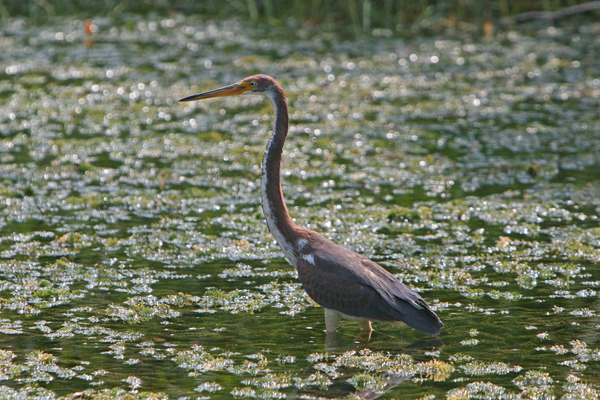 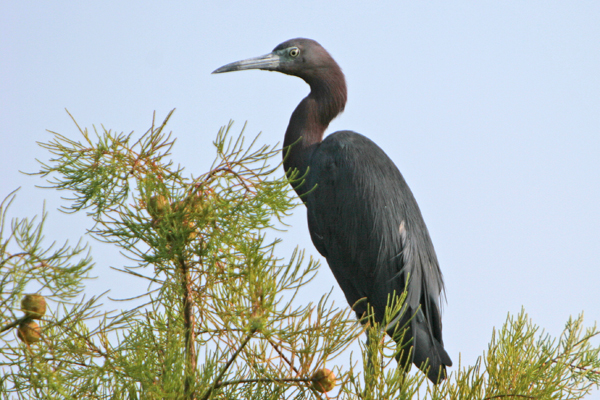 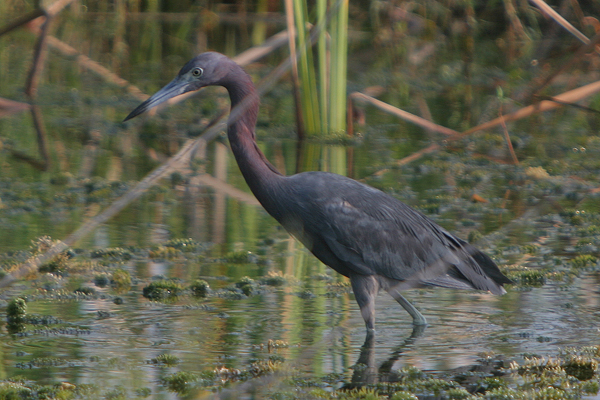 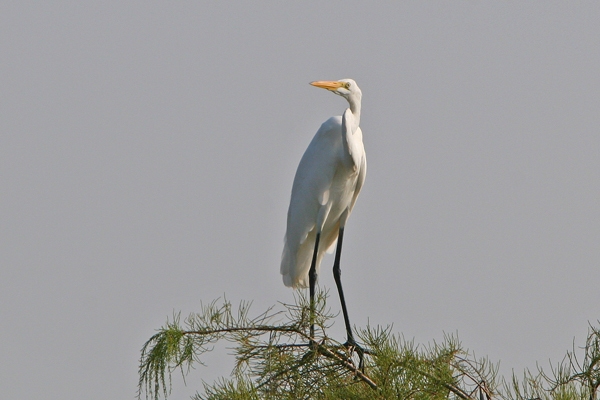 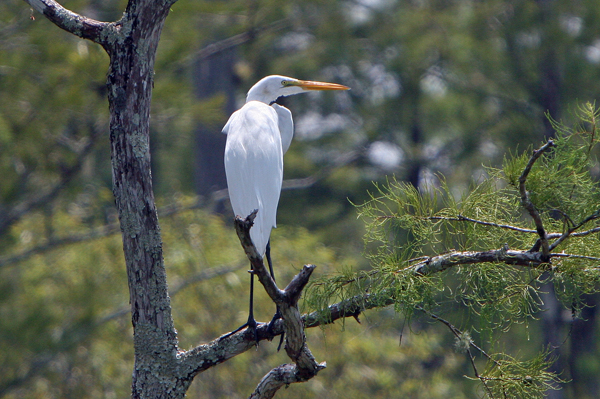 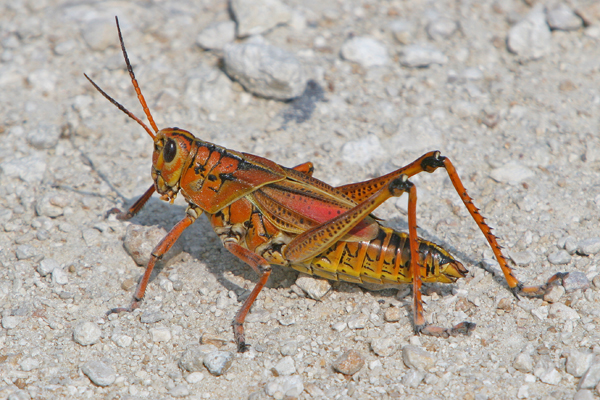 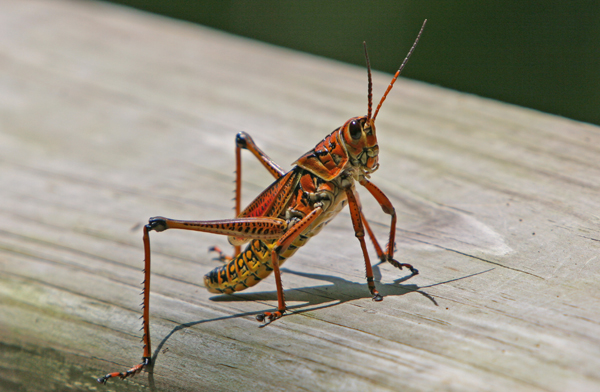 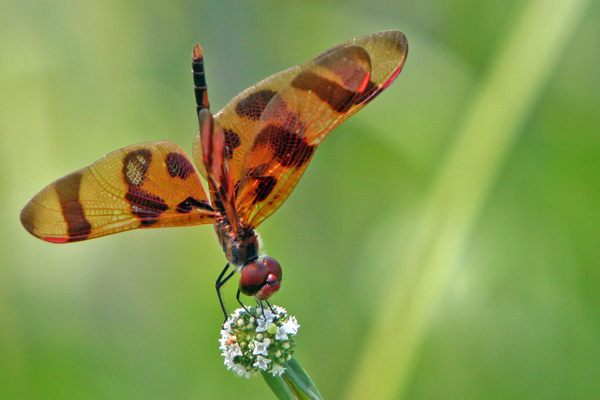 Tricolor herons, little blue herons and egrets of all sorts were everywhere feasting on an abundance of fish, turtles, some of the biggest locusts I’ve ever seen and tons of small rodents. They appeared to be most active in the morning, tapering off their hunting activities later in the day, preferring to simply hang out in trees. 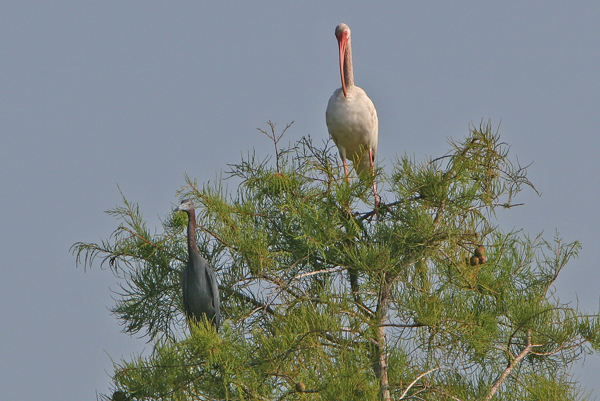 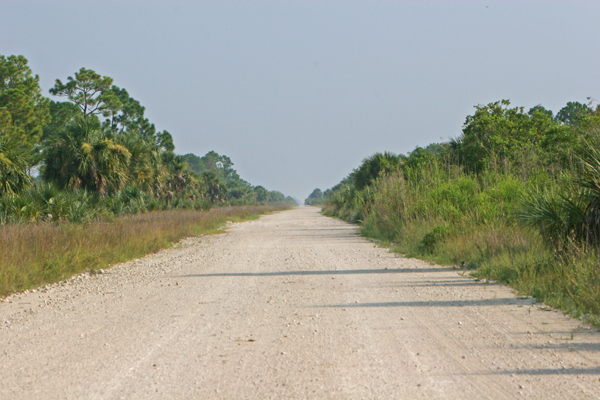 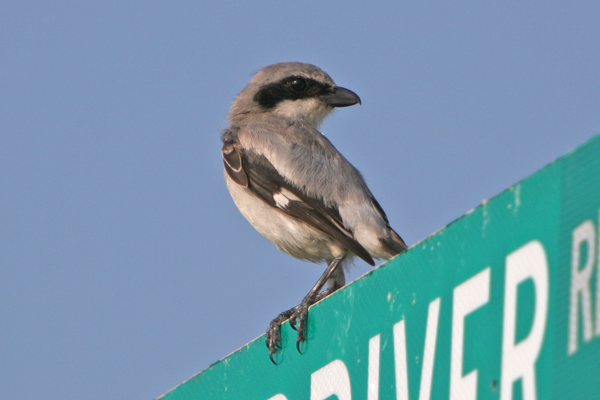 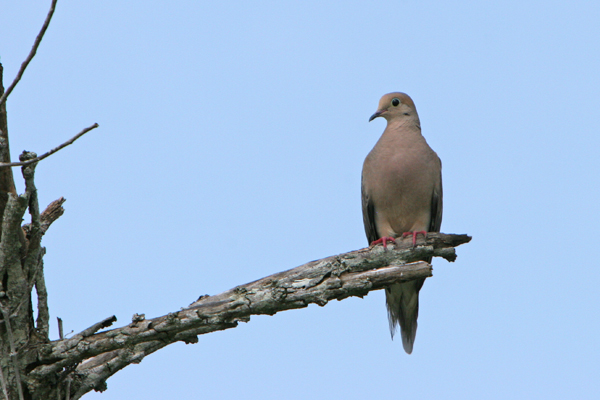 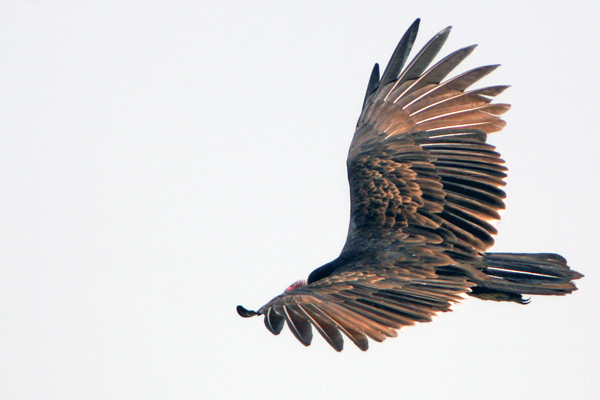 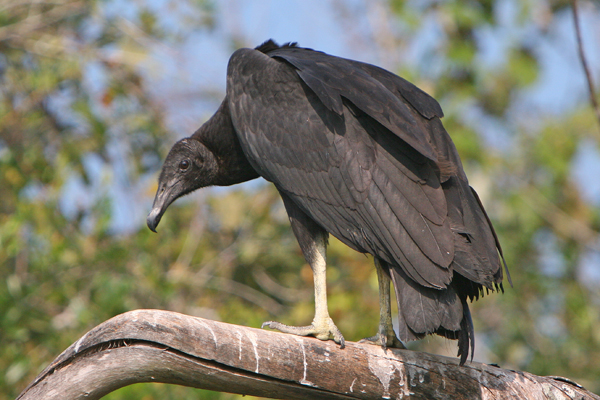 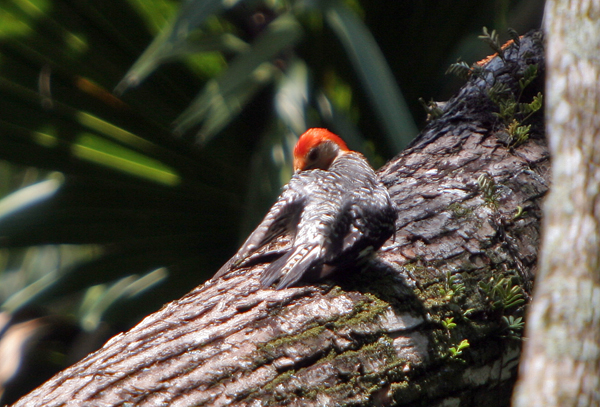 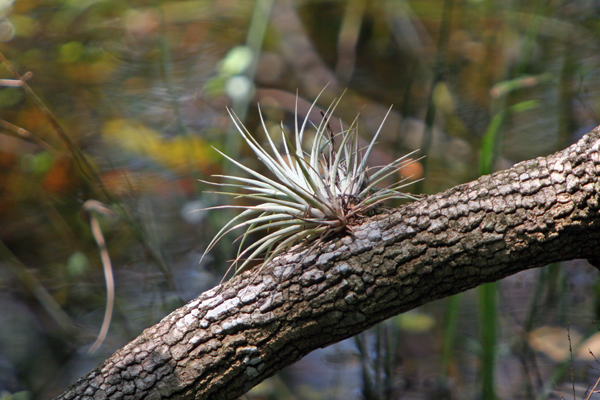 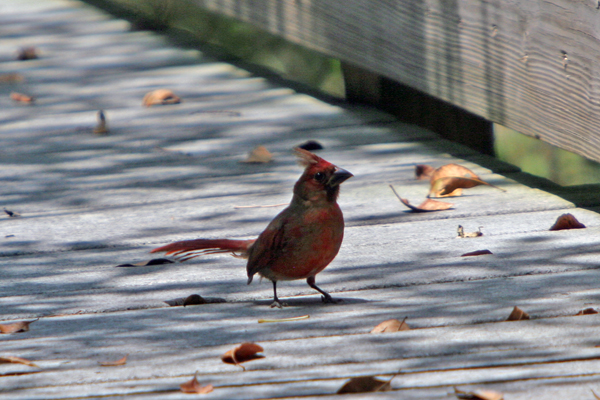 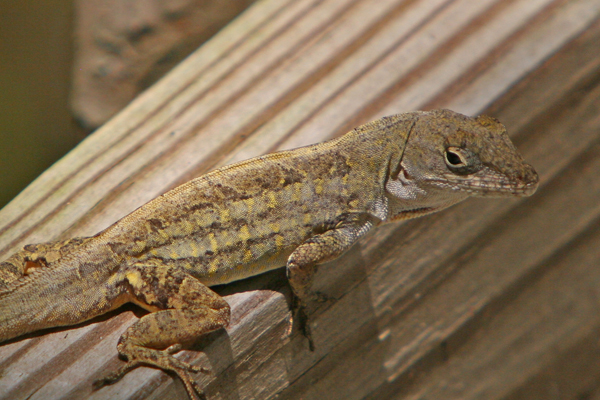 A little further on down the road is the Kirby Storter Boardwalk which wends its way through a quarter mile or so of old growth cypress forests and swamp. Red bellied woodpeckers, all sorts of air plants, cardinals and lizards are commonly seen along with owls that I could not get a decent picture of. 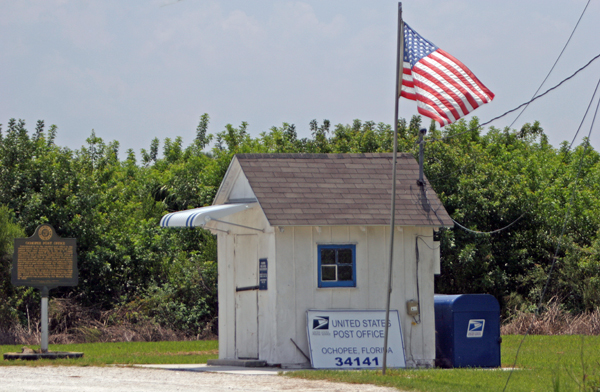 This little former irrigation pipe shed is considered the smallest post office in the United States and services residents in three counties. 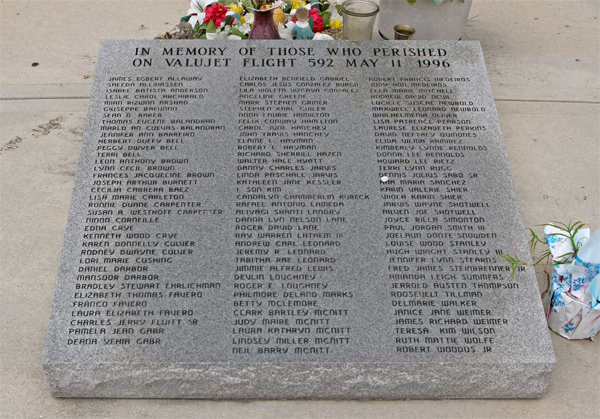 Late in the day as I was driving home along the Tamiami Trail, I noticed in the weeds by the side of the road a sort of memorial that I thought I’d investigate. It turns out that this was the Valuejet memorial to those crew and passengers of Flight 592 which itself is a pointer to the actual crash site approximately 8 miles to the North in the Florida Everglades. I have to say that not only was the site itself moving, but I was also saddened by the relative lack of care this site appears to receive as the area around the memorial was overgrown and weeds encroach upon the memorial itself. 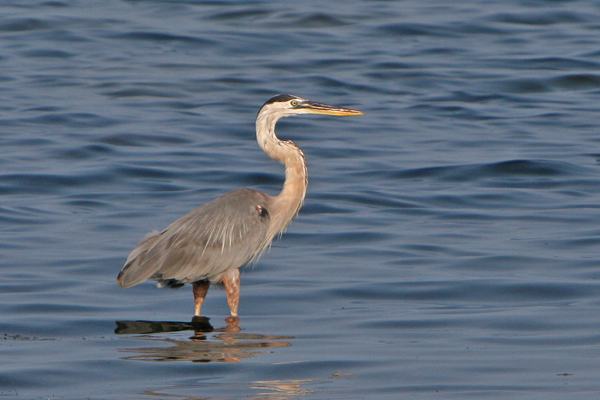 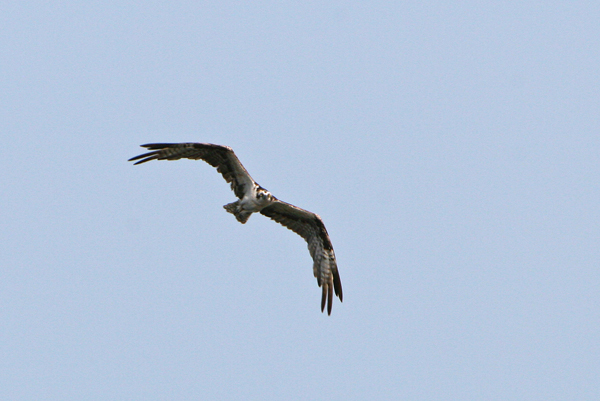 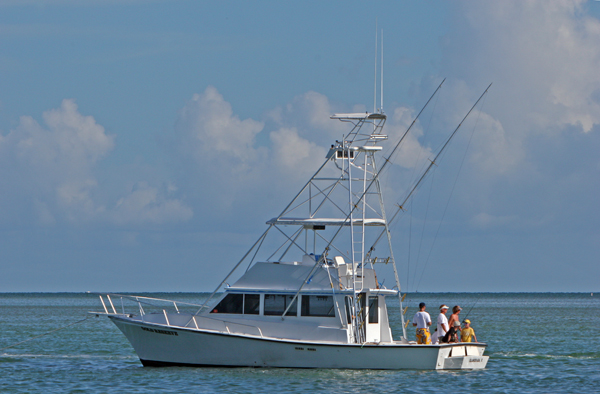 I finished off the day down by the Florida Keys. It would have required a boat to get away from lots of the development and it was late in the day, so I was unable to really find time to explore some of the environment around there. Perhaps next time I am in South Florida…