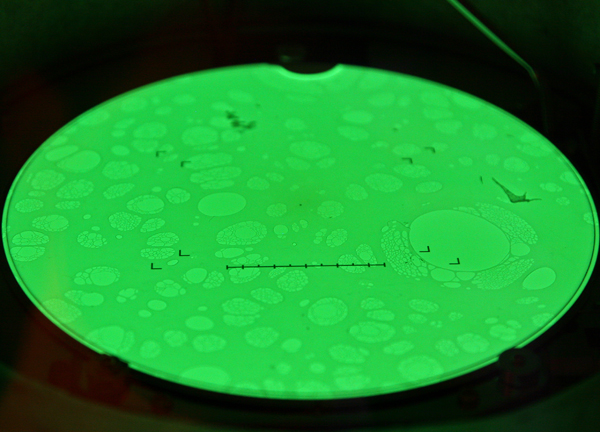 Well, installation of our Jeol JEM-1400 Electron Microscope with the Gatan Ultrascan 4000 digital camera is now complete. Carl and I are now familiarizing ourselves with the scope and gearing up to start capturing and streaming the additional data required for computational reconstruction and analysis of the retina. Ultimately we are talking about terrabytes of data, so this is not a small project. However, when complete, we will have for the first time in 150 years, the complete ground truth of the wiring for the mammalian retina. It is an exciting project that will allow us to not only define the circuitry for the retina, but should also provide a framework to query and model a variety of questions including everything from protein interactions to diffusion of signaling molecules to questions of spacing and neuron/neuron and neuron/glial interactions in heath and disease. 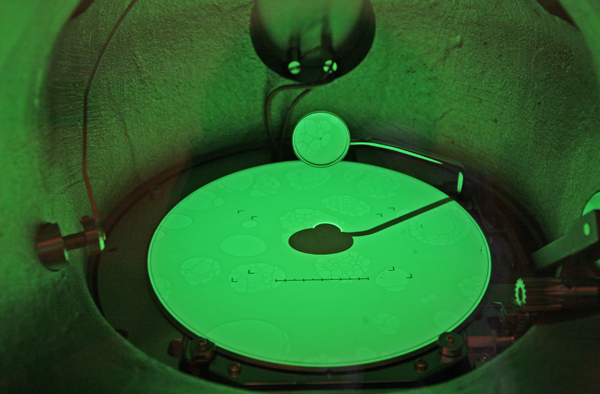 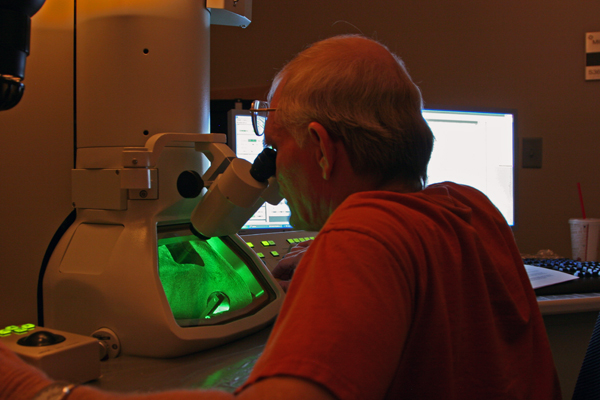 This project has also included the development of a host of software tools in collaboration with the Scientific Computing Institute here at the University of Utah Department of Computer Science, likely the most accomplished computer science department West of the Mississippi when it comes to visualization. The really encouraging thing about this project is that it is an applied computational science problem that leverages new algorithm development and image analysis techniques against a difficult scientific problem that in no real way could be accomplished without new computational tools.

In fact, we consider ourselves lucky to be working with an amazing group of faculty, staff and students with the Computer Science Department at the University of Utah, especially given their long history of academic excellence in computer science. People like John Warnock (founder of Adobe), David Evans and Ivan Sutherland (founders of Evans and Sutherland), Robert Barton (principal architect of all Burroughs computers), Tom Stockham (created digital recording among many other things), Alan Kay (GUI guy at Xerox PARC, a group with an amazing history, developed Smalltalk and former fellow at Apple), Chuck Seitz (pioneer in asynchronous circuits), Ronald Resch (pioneer in computer art), Alan Ashton (founder of WordPerfect), Tony Hearn (developed the oldest algebraic math package, REDUCE), Duane Call (designer of the FPS-120 supercomputer and vector calculation specialist), Henri Gouraud (developed the Gouraud Shading methods so important for all your games), Elliott Organick (Founder of SIGCSE and author of many FORTRAN and CS textbooks), Bui Tuong-Phong (invented the Phong shading and the Phong reflection methods), Ed Catmull (computer animation pioneer and co founder of Pixar), Jim Clark (founder of Silicon Graphics, Netscape and Healtheon/WebMD), Henry Fuchs (creator of Pixel Planes and researcher in high performance graphics software), Martin Newell (object rendering and founder of Ashlar and co-developed the Painter’s algorithm for surface rendering), Frank Crow (famous for his anti-aliasing methods for edge smooting), Martin Griss (developed Portable Standard LISP), Suhas Patil (founder of CIRRUS Logic), James Blinn (Invented the first method for representing surface textures in graphical images. Scientist at JPL, where he worked on computer animation of the Voyager fly-bys), Jim Kajiya (Developed the frame buffer concept for storing and displaying single-raster images), Robert Johnson (Invented the magnetic ink printing technology used on virtually every check we write), Brian Barsky (Developed beta splines and methods to link computer graphics, geometric modeling, vision science, and optometry) and so on and so on are all either former faculty of graduates of the Computer Science program at the University of Utah. The legacy is deep here and I have been very impressed with all of the current students, faculty and staff that we’ve had the privilege of working with. 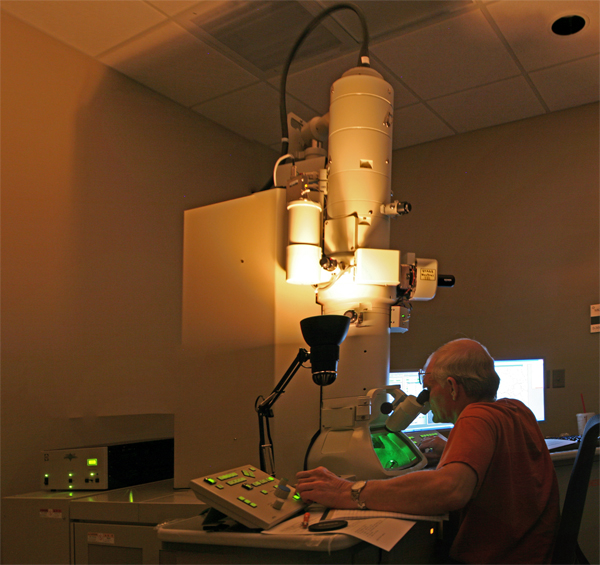 One Reply to “Retinal reconstruction…”