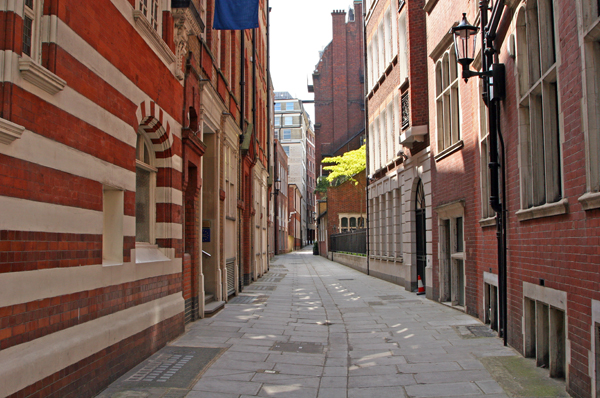 Another unexpectedly early morning, but we started it off with breakfast downstairs in the Belmont House Hotel followed by a couple of hour walk around campus prior to the two hour cab ride to London. The cab ride demonstrated conclusively just what everyone has said about not wanting to drive in London. Traffic was horrible no doubt as we likely could have walked faster. In fact, we would have once we got to central London if we had properly oriented ourselves prior to the trip and did not have our luggage. At any rate, our driver eventually got us to The Landmark Hotel where we offloaded our luggage. The Landmark has a good location in the Marylebone district, but is on the pricey side, especially given the current exchange rate which was going to be a burden anyway on this trip. The Landmark Hotel is nice enough with some of the largest rooms in London, but the decor in the suites is a bit garish. Think of a hybrid between the Middle East and Africa and you have a pretty good picture of what it is like. In their defense, it appears that they are renovating portions of the hotel, but it would have been nice to be able to get a non-smoking room as we requested months ago. 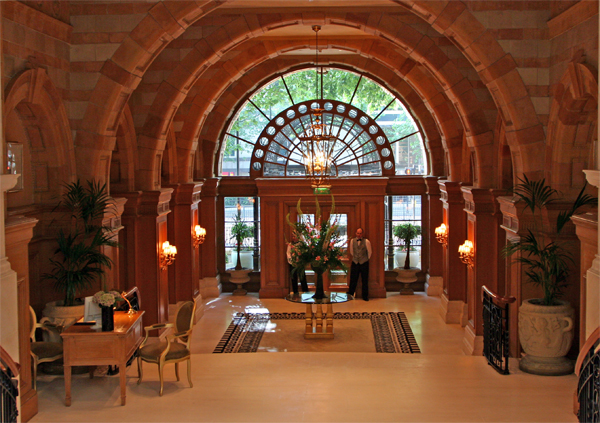 After dropping off our bags, we headed out for lunch at a dim sum restaurant around the corner, the Phoenix Palace. In all honesty, we’ve been spoiled by dim sum in San Francisco, which honestly has set the mark as the best dim sum I’ve sampled (outside of China of course). That said, Phoenix Palace had some very good dim sum, though not with the diversity of steamed items that we’ve been used to. The atmosphere is more a sit down restaurant rather than the more traditional dim sum experience I’ve been used to with the carts that travel around a large room with items to choose from, but the quality was pretty good nonetheless. 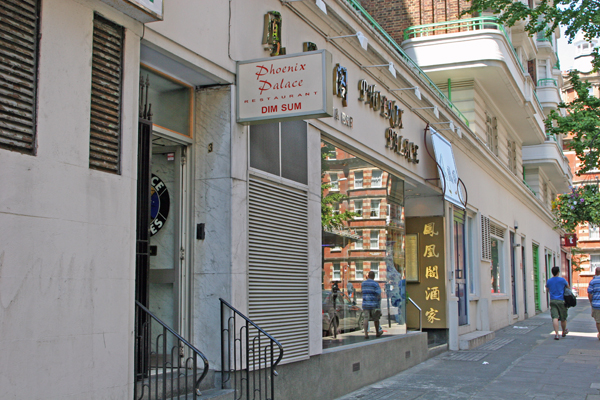 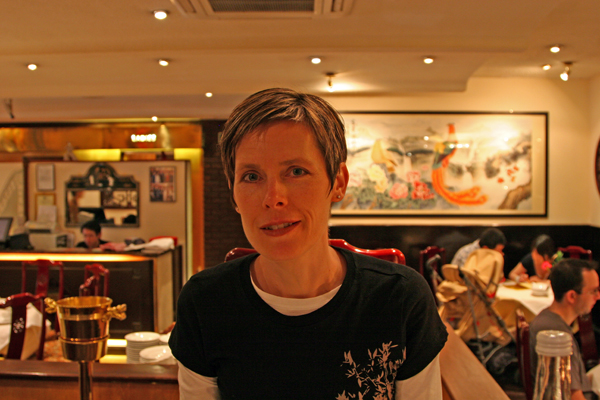 Fueled up on tea and steamed dumplings, we headed out to see central London and some of the obligate tourist stops on foot, but I was surprised to see the Western Eye Hospital, formerly the Western Ophthalmic Hospital essentially across the street from us. The Western Eye Hospital, run by St. Mary’s NHS Trust is West London’s only ophthalmology department that provides 24-hour emergency care and given my area of study, I simply had to take a picture. 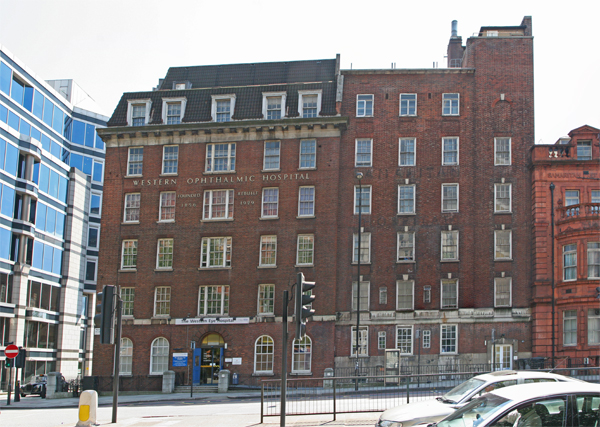 That little bit of ophthalmologic trivia aside, we headed down to Buckingham Palace for an obligate tour of the central tourist stops in London. Even though we typically loathe your standard tourist fare and avoid it at all costs, this really did have a not insignificant historical interest making navigation among the hordes tolerable. Architecturally, from the front it is an unremarkable building, but as I said, the historical context makes this a must see. 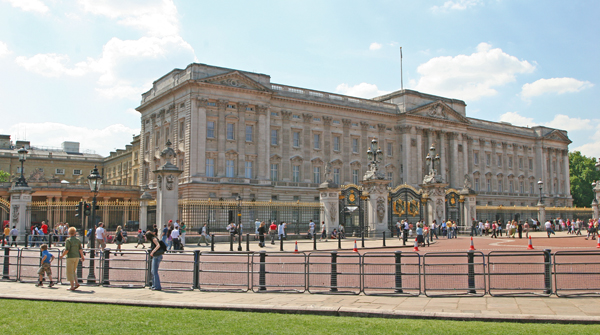 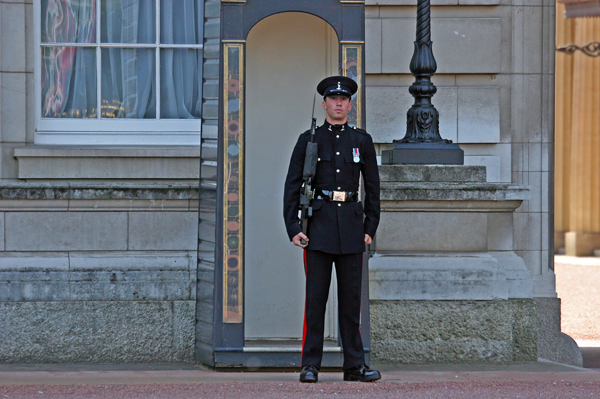 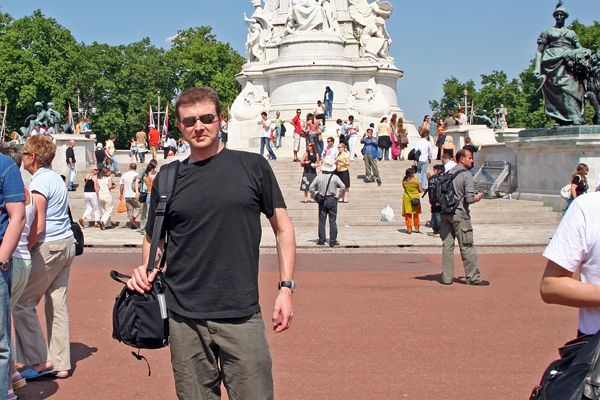 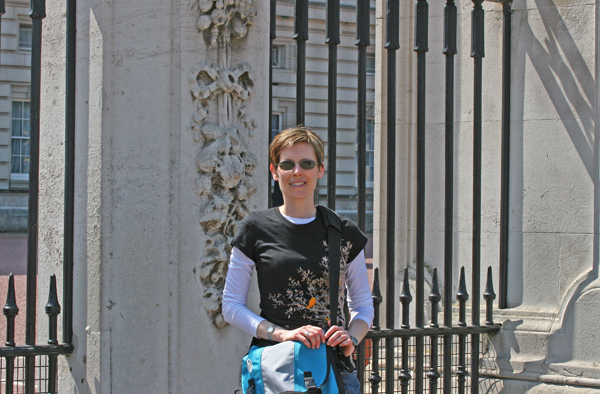 Unfortunately, we were unable to schedule time to see the changing of The Queens Guard. It is a ceremony that I would very much like to photograph at some point, but unfortunately time constraints on this trip mean that I was unable to capture the pomp and circumstance.

We continued on down to Westminster Cathedral (Wiki link here) where we were stymied by the late hour on Saturday. I had also wanted to get some photographs from inside the cathedral, but they were busy preparing for Sunday services. Of course this simply means that a mid-week return trip to London for two specific photographic missions is going to be required some time in the not too distant future. 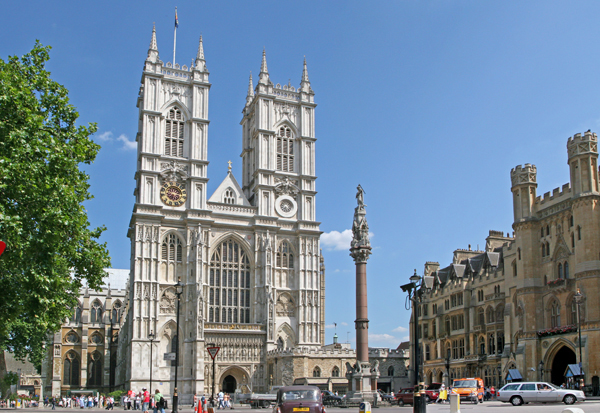 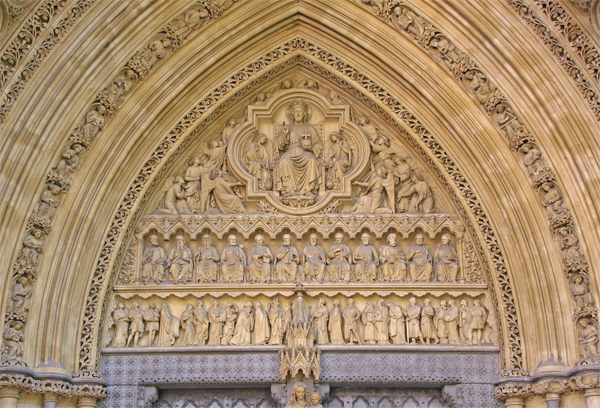 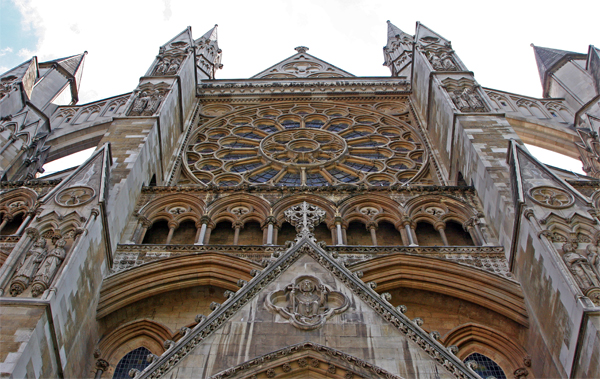 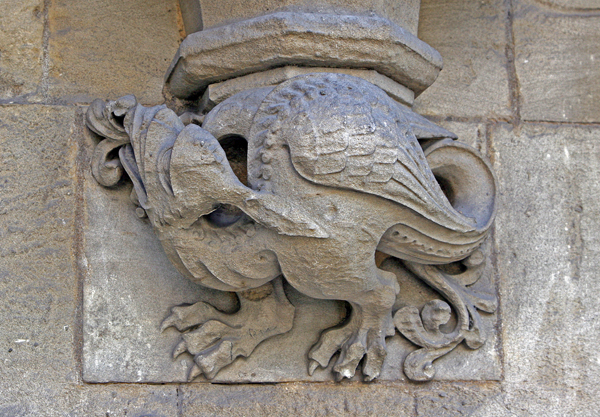 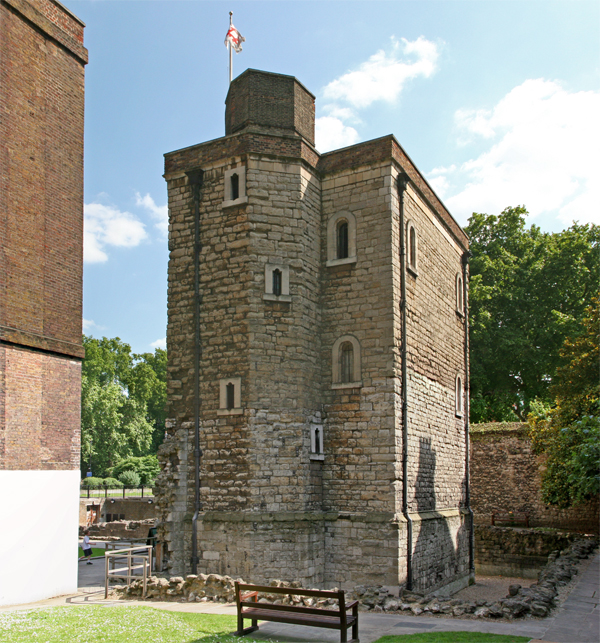 We finished our daily trip with a stroll up to the portrait gallery where I captured this image of pigeons who appear to have some level of familiarity with the gentleman feeding them. 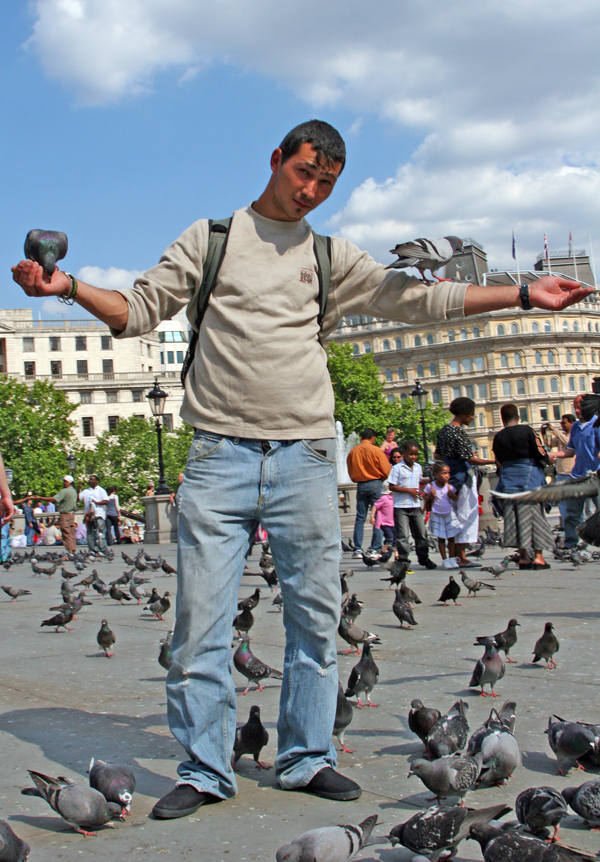 H just wanted a simple salad for dinner, so eats were had at a street side chain known as Giraffe that came through with the salad, but also a grilled lamb-satay burger. The food was quite good, the coffee was acceptable and the desserts (chocolate cake for us both) were most tasty. Combine that with decent prices and good service from a Canadian musician playing the local scene and it’s well worth checking out. 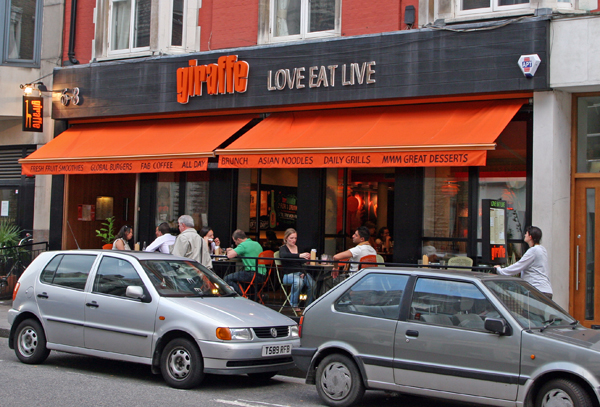