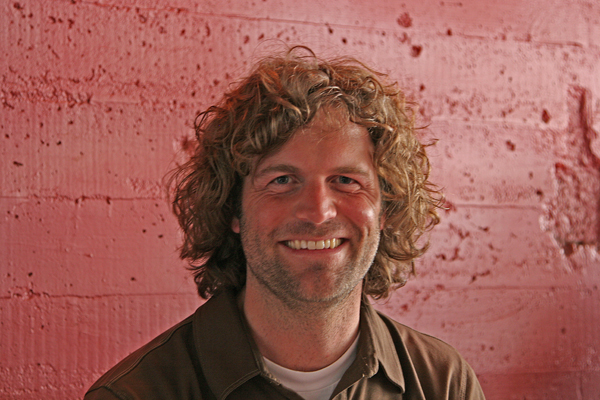 There was a wonderful presentation today on the early years of ARVO organized by Don Fox. It was an opportunity for some of the folks who were around at ARVO’s inception to share some history with some of us younger folks. Bob Barlow, John Dowling and Harris Ripps spoke for almost two hours about the early history of ARVO and neuroscience research at the Marine Biology Lab at Woods Hole. Part of the presentations were of course photographs of all these people as young scientists in the lab or just talking with each other on grassy lawns. I was amazed by these photographs because at the time, they meant relatively little except to those people in the images who might want a memento of their time together. However, in the context of history and the legacy of knowledge, these image have become priceless. They document the flow of information and scientific progress through history and interpersonal relationships and induce a sort of realization that comes to me again and again as I walk through life as to why photography is so important. These are moments in time that are captured and preserved in images of a time and place that will never come again. Because of this, I want to be more sensitive to and aggressive about documenting some of the institutional and cultural history of the Moran Eye Center and the relationships with my colleagues that are not captured in the scientific literature. Some of these efforts can be seen in the entries I did for the grand opening of the new Moran Eye Center here and here and here as well as the last retinal degeneration meetings in Argentina here.

For this meeting most of the images I’ve been able to capture have been outside of the meetings per se, however I did manage to get our director of research and our chairman at the recruiting table along with one of our grad students at his poster. 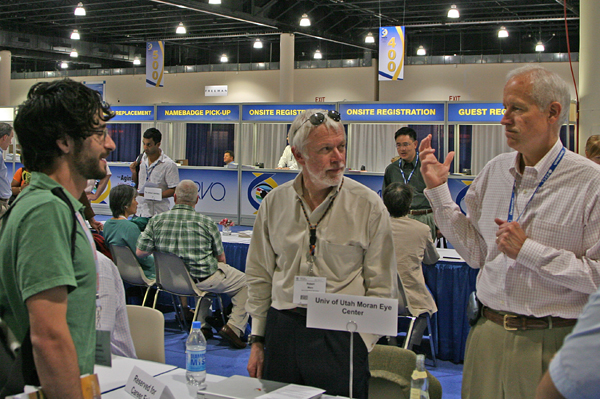 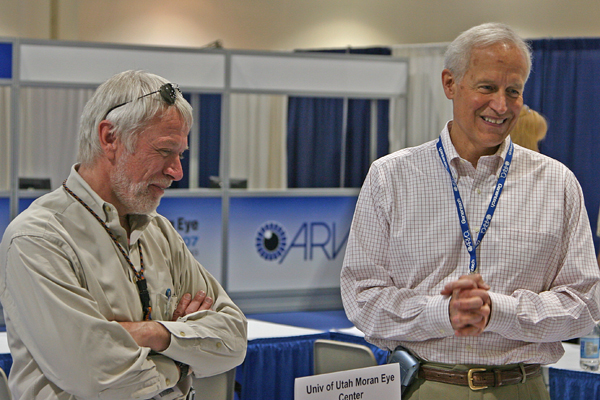 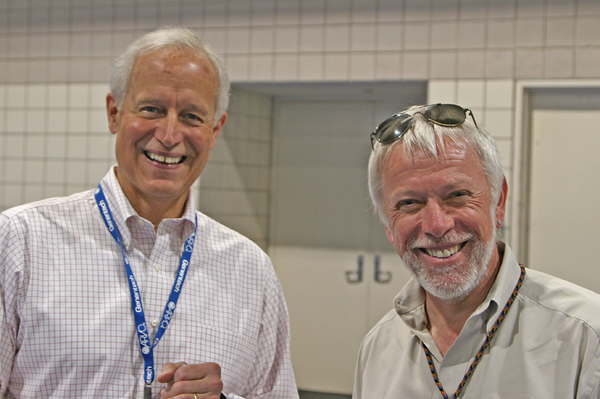 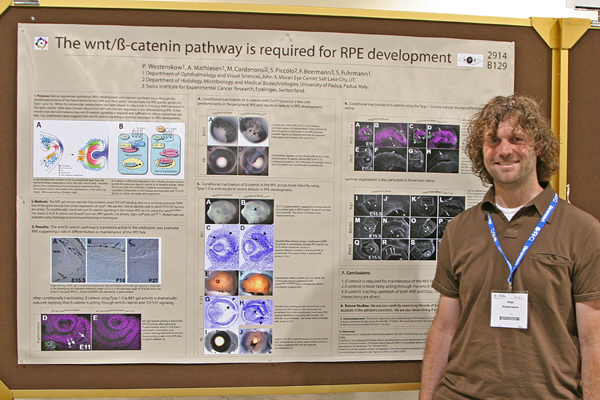 Aside from issues of historical and photographic documentation, it is easy to forget that science is not all heads down in the lab or behind a computer screen pumping out the results of experiments, but it is also a social process filled with relationships that form over years that result in collaborations, or guiding students to labs of collaborators or colleagues for post-docs or future jobs. It often is one thing to get to know a person through their scientific writing, but another thing entirely to talk with that person in meatspace so to speak as opposed to cyberspace or paperspace. One of the most intimate environments for me at least is talking to people around a meal as the concept of sharing food has deep social and spiritual significance for me. It is also a good filter to determine who I may want to work with as was so clearly pointed out to me years ago by Peter Heilbrun who told me that if he did not want to eat with someone, he certainly did not want to work with them. So, in light of this, Robert and I wanted to take out our post-docs and graduate students to a lovely dinner at one of Ft. Lauderdales tastier restaurants, Johnny Vs on Las Olas. It was an evening filled with the tastiest cheeses from all over the world, excellent venison, delicious barolo wines from Italy and the most delightful company with Peter, Crystal, James, Felix and Robert. 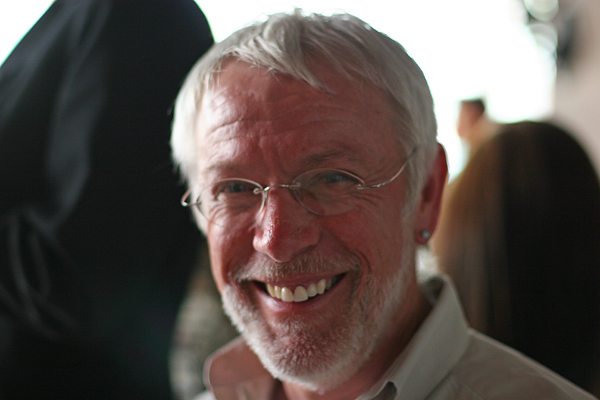 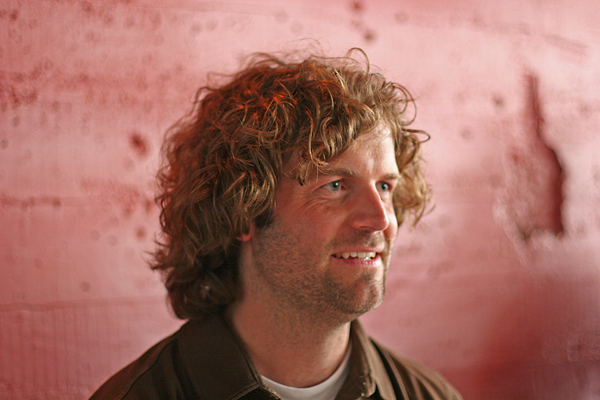 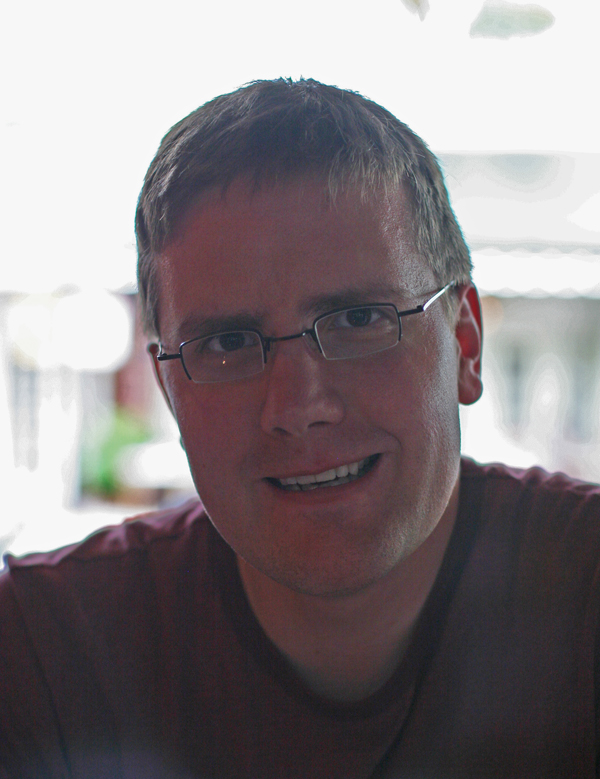 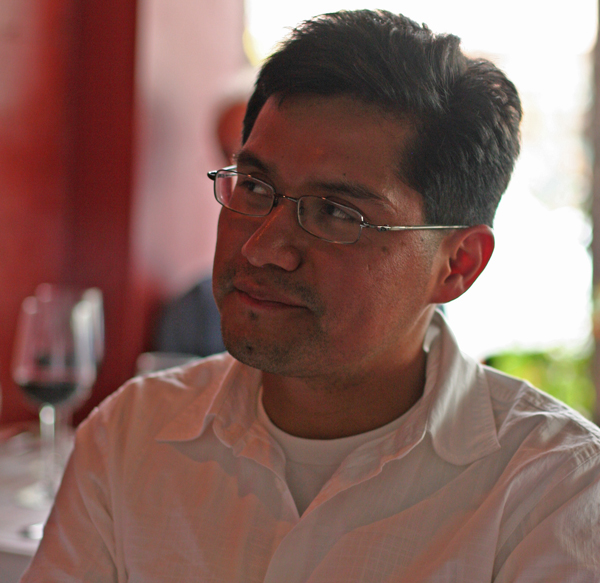 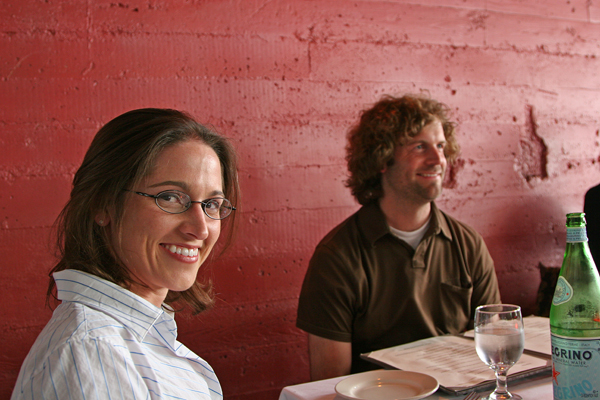 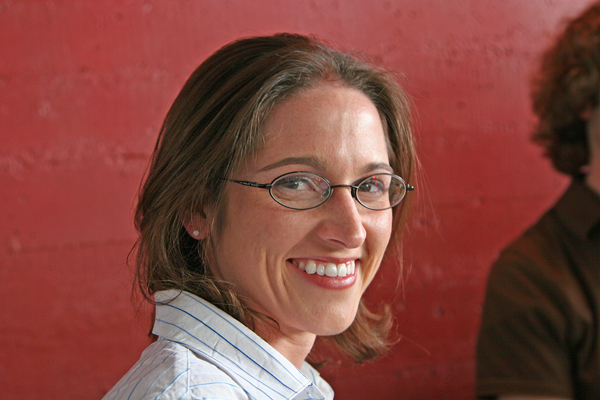 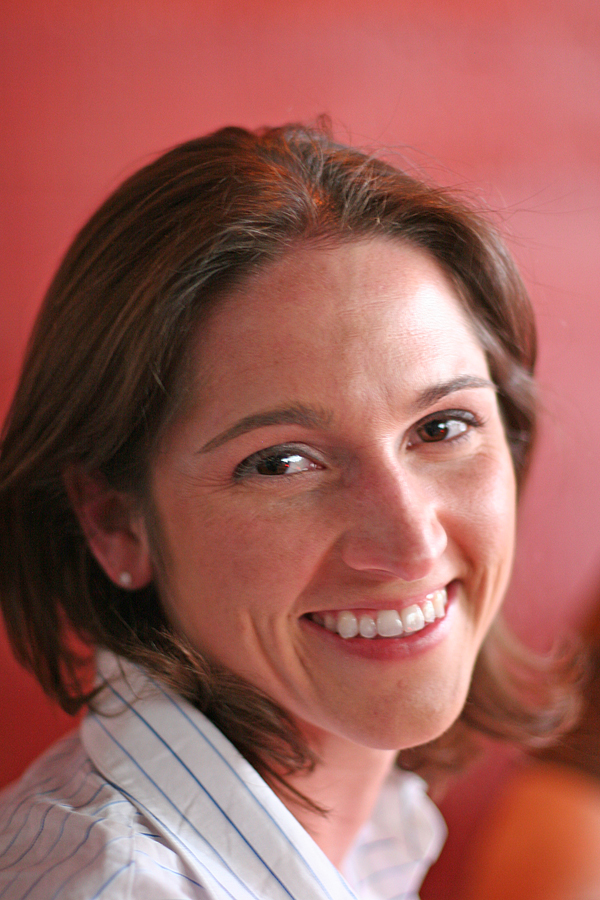 One Reply to “Institutional history and culture”