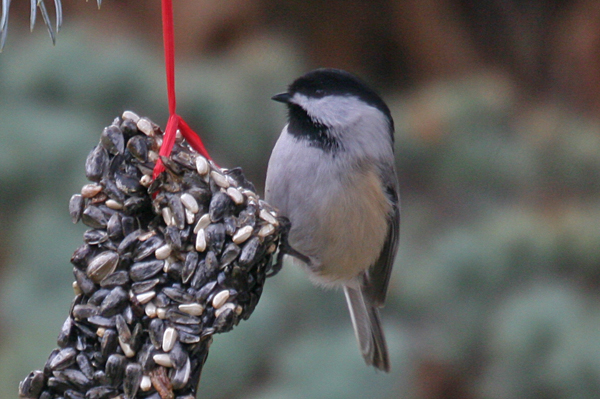 I captured this Black capped chickadee (Poecile atricapilla) in the back yard minutes after hanging up one of the best office Christmas gifts ever. How many boxes of chocolate and candy treats did you get? We received tons of sugary food items and admittedly gave out cookies ourselves, but they were home baked! However, we also received some wonderful exceptions to the sugar onslaught, including a box of mandarin oranges from Maggie, the yearly Honey Baked Ham gift certificate from Robert and some incredibly tasty English muffin varieties from one of my oldest friends, Bob. Thanks everyone. However at H’s work, one of the many office gifts she received was this little Christmas boot shaped bird seed feeder which was simply awesome as it was not only an opportunity to feed the birds, but it was also a chance to capture some new bird images and enough to inspire me to pick up a bird feeder sometime for the spring.

One Reply to “Black capped chickadee”