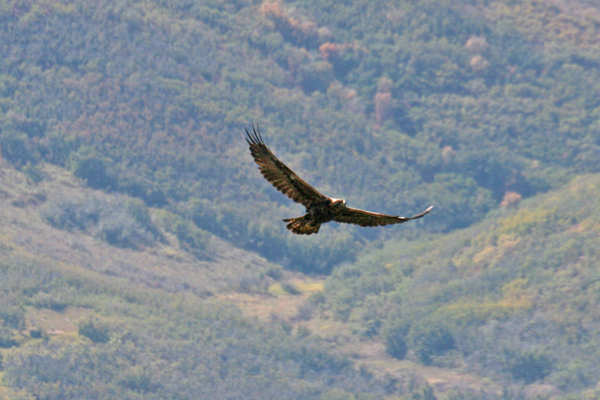 While my friends Ann and Robert traveled up to Jackson Wyoming over the weekend (here on Ann-alog), H and I stayed local and took a little trip to see the aspen trees change into their autumn colors and were rewarded with an amazing sight. We were driving up the road from Parley’s canyon to Emigration canyon and H says to me “what kind of birds are those?…..” To which I responded, “Oh, those are haw….k……..s…. No Way! Those are golden eagles!”. Checking the rear view mirror to make sure I was not going to slam the brakes on in front of someone behind me (we were the only people for miles around), I rapidly pulled over to the side of the road to pull out the camera. It turns out there were four golden eagles that were circling up from the reservoir constantly calling to each other with piercing cries as they climbed thermals. It was a thrilling moment to see and hear them call in the stillness of an Rocky Mountain autumn morning that will stay with me forever. 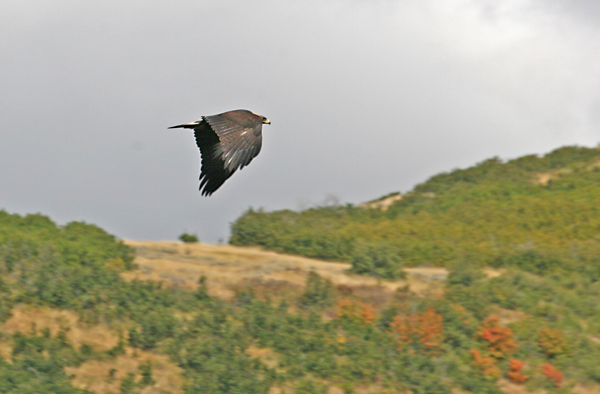 This experience has also inspired me to create a new category for birds and go back through the archives to populate a selected birds category that will hold images of birds whose pictures I’ve been able to capture.

Next up: a quick update on some of what has been going on since getting back from the meeting in Santa Barbara. We interviewed the last of the faculty candidates for the John Moran Eye center and will be sending out invites for second visits. I’ve also agreed to be a consultant for a private bio-imaging company, Mayachitra, am preparing to start my teaching of the second year med students, received a new loaded MacPro (verrrry fast), gave a tour to a 9th grade advanced placement class, reviewed two manuscripts, met with the chair of physiology to plan future teaching and finally, met with Joël Spaltenstein, a developer on the Osirix team who stopped in to visit from Switzerland and see if he could integrate some of the most excellent image mosaicing/registration code that the folks down in CS have been developing for us. Pavel, an amazing developer is developing a demo now that we should be able to show to our friends at Adobe soon. I also hope to be able to post some new applications for automated image registration and mosaicing developed here at the University of Utah department of Computer Science that can be used by a variety of industries from bio-science, to remote sensing and defense-related image processing from both air and space based platforms. 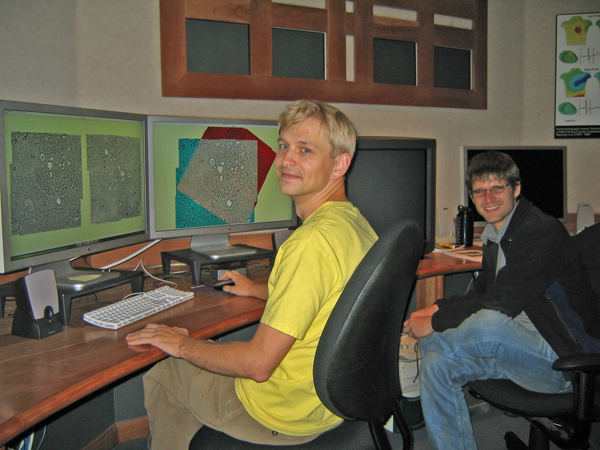 Next week will see our lab doing a television commercial spot for an advertising campaign, collecting the final data and finishing off a paper that should be ready for submission soon and preparations for our upcoming trip to Argentina. I just hope that I can figure out a way to take my camera gear and laptop on board with me given the restrictions that Aerolineas Argentinas is going to place on me.

One Reply to “Golden eagles”