The final day of the meeting was actually the most interesting due to the interaction and discussion. Some of it got a bit heated, but again…. it broke down into two camps, one that needed data and one that had so much data they did not know how to manage or interpret it. In other words, many folks here are computational scientists that are looking for neuroscience databases and are without large science questions to apply computational resources towards. Whereas the other group are people that are generating huge anatomical databases or undertaking huge projects like ours where we are reconstructing the retina at the ultrastructural level with all wiring intact. Our problems are how to deal with our huge terrabyte datasets, how to visualize the data and how to distribute those data. That said, there were some other fascinating conversations on computer modeling, machine learning, new algorithms and data analysis and new models for explanatory or predictive science. Certainly our bias is towards imaging and informatics and there was no shortage of discussion there either.

I will say however, that I was frustrated by some approaches that seemed to ignore currently available technology in search engines (Google anybody?) and collaborative tools like iChatAV along with collaborative environments like wikis. But even more, given the cuts in science funding over the past few years, I believe that the real way to establish incredibly productive collaborations between various disciplines is to define large scale projects on the scale of the moon missions. Discrete missions with defined windows of success like our retinal reconstruction project come to mind, but there is no shortage of large scale ideas or projects designed to bring together researchers of various areas of expertise. Otherwise it is too easy for people to get narrowly focused within obscure (however relevant, or scientifically exciting) areas where the tools that emerge from collaboration are lost forever only to be developed anew for other projects and wasting resources.

About the group photo… There is actually an amusing background to it. Towards the end of the meeting, everybody wanted a group photo, and like a bunch of scientists, everybody was standing around wondering what to do because the camera that was intended to capture the moment with was a little point and shoot camera whose batteries had died. Thankfully, I always travel with my camera so I was able to offer up my 20d to capture an appropriate group photo with the right sort of tools. For those of you that wanted a photo for themselves, you can get a full resolution image here.

As to the flight home, I got a much better shot of the Pentagon on the way out followed in quick succession by an arial photo of the Tomb of the Unknown Soldier. As the flight continued, we flew past Vail, Colorado then over *I think*, Meeker, Colorado. This was followed up by flying over the Green River with some spectacular lighting conditions brought on by storm clouds as we chased the sun Westward finally arriving in Salt Lake City just before the sun set. 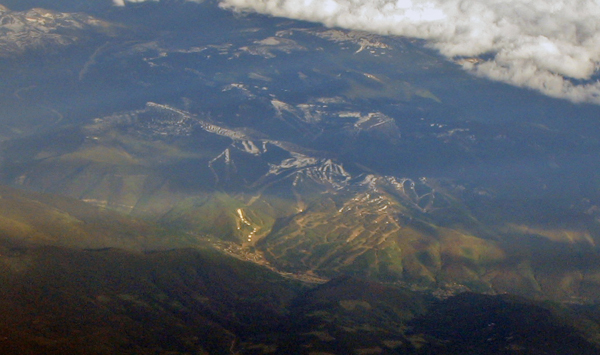 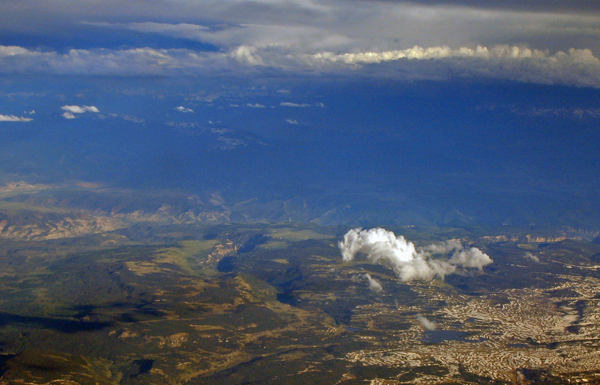 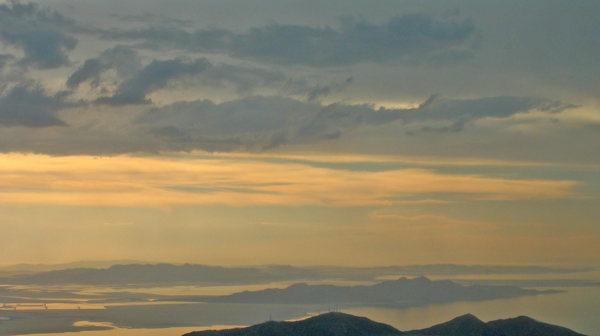