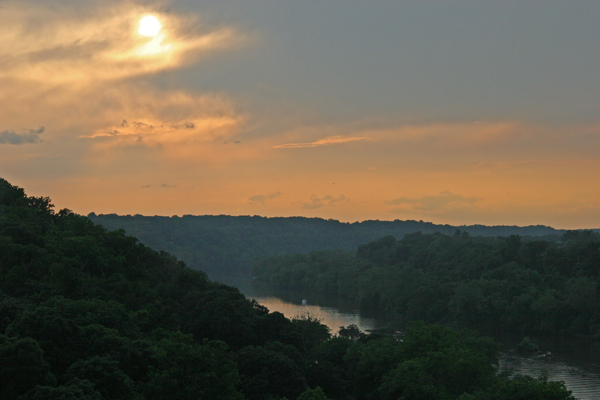 The Marriott hotel that the meetings were held at gave a rather nice view of the Key Bridge, Georgetown University across the Potomac river and the Washington Mall and Watergate plaza down the river. The Francis Scott Key Bridge was built from 1917 to 1923 and was named after the author of the Star Spangled Banner, the poem that became the National Anthem of the United States of America. 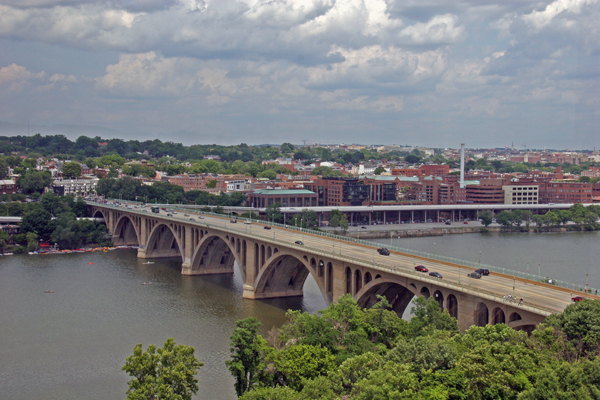 These Collaborative Research in Computational Neuroscience (CRCNS) meetings funded through the National Science Foundation (NSF) were designed to get the principal investigators and co-investigators together to present, discuss and communicate with each other. I was a little concerned about the meetings as the coordinators of the meetings had not updated the website with the agenda until just a couple of days before and were not answering questions via email or phone about format or presentation issues. However, the meetings went pretty well except for a few organizational details such as not having enough light in the poster presentation room after the sun went down that I had to deal with by breaking out my Pentagon LED light to allow others to see our work and the work of some of our colleagues.

There were a number of fascinating conversations and discussions about human centered computing, Information integration and informatics and robust intelligence on the first day and it was interesting to see how the conceptual lines of thought were held with those coming from the neuroscience perspective versus the computational perspective. Each group brought with it it’s own preconceptions, desires and goals and roughly could be divided among groups that either were desperately seeking neuroscience data to apply their algorithms and theory to and those of us that had so much data that we are having problems storing it, organizing it, transferring it and managing it not to mention interpreting it.

Before dinner I had a rather pleasant Guinness at the hotel bar with Mark Ellisman, Eric Schwartz, Tolga Tasdizen and Cynthia Moss. There was continued interesting and most pleasant conversation for an hour or so until Tolga, Eric and myself decided to walk across the Key bridge to look for dinner in Georgetown. I was looking for a really good meal as the previous meals this trip left something to be desired. We ultimately decided on an informal looking American saloon called J. Pauls which ironically, provided the best meal of the trip. We started out the meal with chilled shrimp which I followed up with a bourbon glazed steak. I can’t remember what Tolga and Eric had as I was so enjoying my meal and the conversation.

The introductory image of the Potomac river at sunset was just outside my bedroom window and I had seen the Blackhawk helicopter used for Marine One fly down the river very low two mornings in a row, perhaps delivering or practicing for the Presidents delivery from Camp David to the White House.