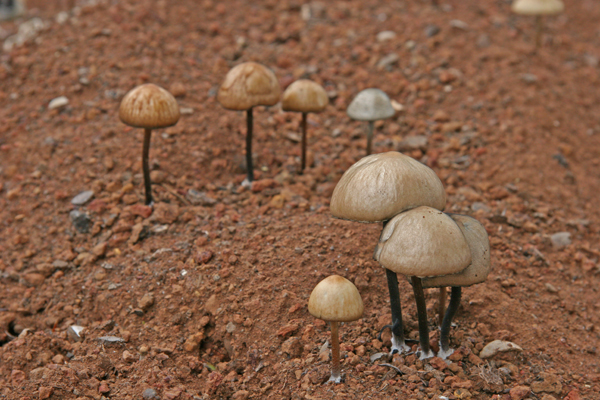 Horseback riding in the Waipi’o Valley was the goal today with the Na’alapa Stables. The Waipi’o Valley is one of the most fertile areas of the Big Island and has been used since ancient times as a place to grow taro and other crops. The valley is on the North Eastern Hamakua coast of the Big Island and as such receives substantial rainfall, which if you like waterfalls provides for at least six cascading from 600 to 2000 feet down the canyon cliffs. The waterfalls feed the Waipi’o river that flows through the valley providing irrigation to the all the taro farms that fill the bottom of the valley from the back all the way out to the beautiful black sand beach. 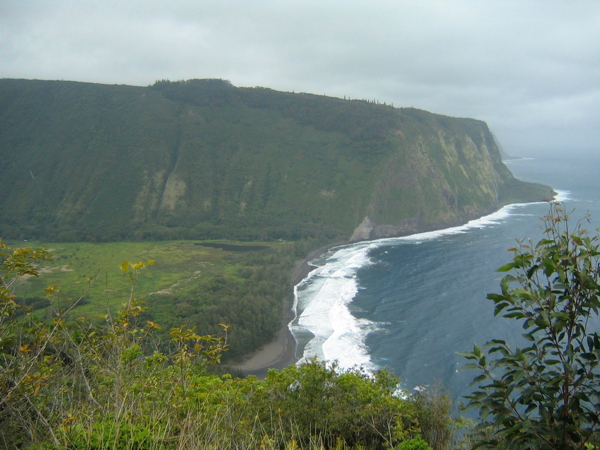 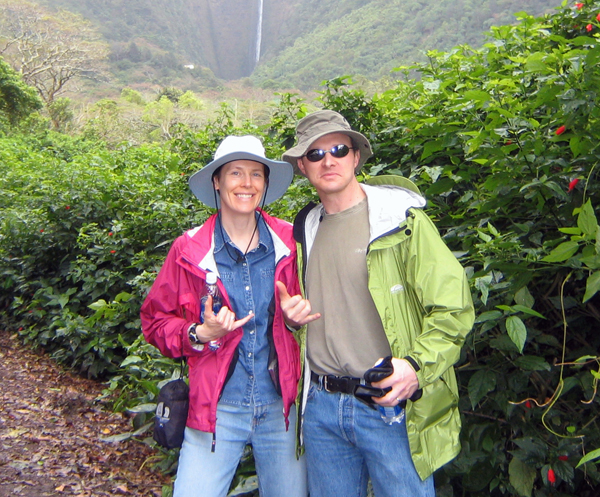 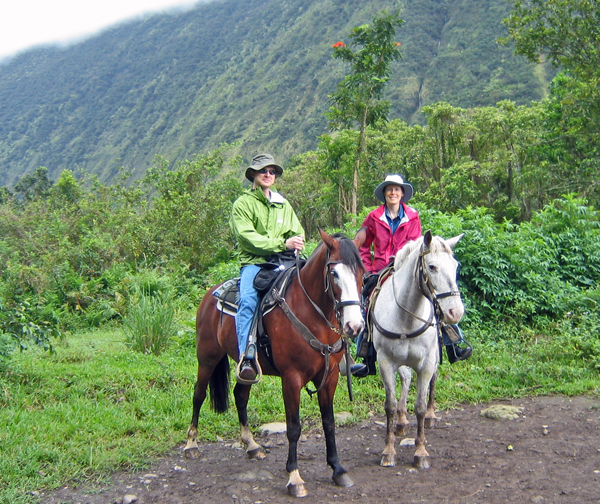 The Waipi’o Valley used to house the Hawaiian kings and served as a royal retreat in ancient times. It was also the site of the first naval battle in Hawaiian history as King Kamehameha began his efforts to bring the Hawaiian Islands under his control. This battle, Kepuwahaulaula or the Battle of the Red-Mouthed Guns secured victory for King Kamehameha over the one of the other Hawaiian lords, Kahekili. 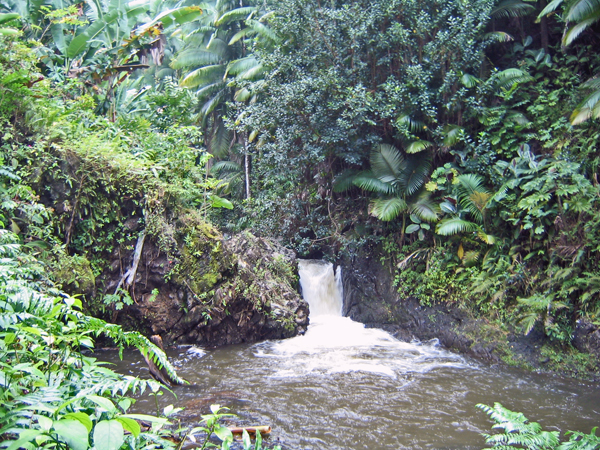 Before the arrival of Captain Cook in 1778, there were from 4000 to 10,000 people living in the valley. Those numbers dwindled for a time, but the 1800’s brought about a resurgence of sorts with 1,500 residents coming to the Waipi’o valley to farm taro, bananas and some of the first aquaculture fish farms. By the 1900’s, there was a small community with homes, stores, a hotel, post office, a jail and a school. This community was effectively destroyed in 1946 by a tsunami that swept all they way up through the valley. A flood in 1979 completely covered the valley with three to four feet of water. 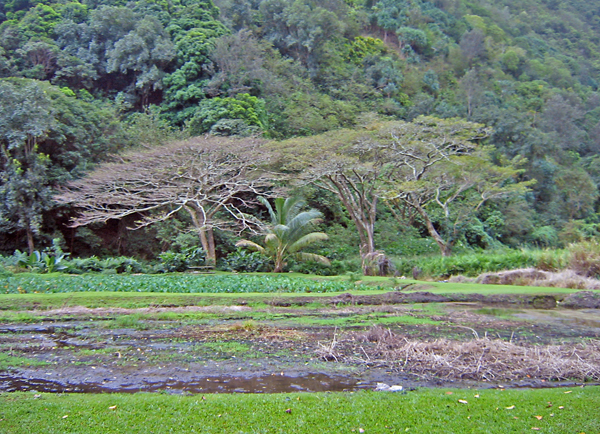 Today, fewer than 100 people live in the valley full time. Most of them farm taro, or are supposed to be farming taro according to their leases which are apparently rarely enforced judging from some of the fallow taro patches we saw. The valley is still remarkably lush with the aforementioned taro patches, breadfruit trees, noni fruit, orange trees, lime trees, pomalo trees, coconut trees, avocado trees, banana trees, papaya trees, the occasional pineapple and a bewildering number of floral species. There are also a number of wild horses that make their home in the valley and at least an abandoned donkey or two. One of the donkeys wandering around in the valley is named Marley, so say hello when you meet him as he is a character. 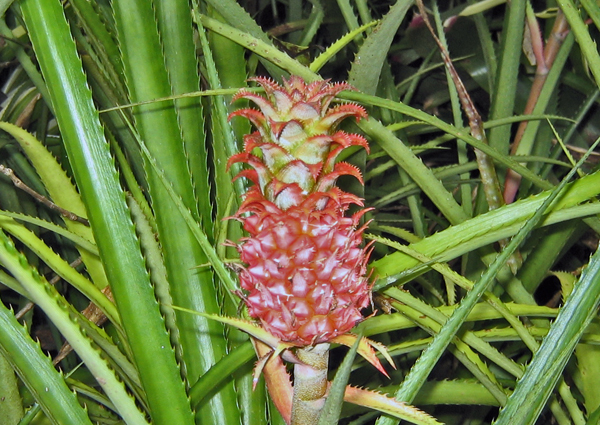 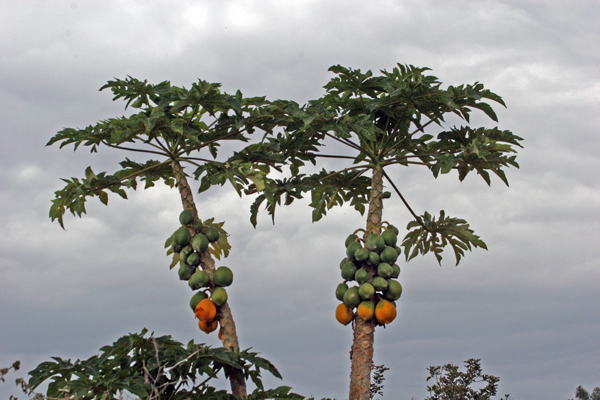 The valley was a wonderful time with a look into more rural Hawaii with all of its beauty and even a taste of some of the social cracks in life. What do I mean by that? Well, it seems that some folks that live in the valley do so to get completely away from society much like what you see in other remote places like Alaska. Some of these folks are broken people that do not function well in larger society and can eek out a living in the Waipi’o Valley because of the very low lease rates the state of Hawaii charges for those willing to farm taro. Of course it is a very relaxed system and as I aluded to before, there is very little in the way of checks to see if people are actually maintaining their taro patches. Alcoholism is also apparently a major issue as there was a death in the valley a couple of days before we arrived when a local gentleman stumbled back home from the “bar” (a tent filled to bursting with cheap beer) and fell into a stream where he likely hit his head and drowned. We ran into the gentleman’s son while on the way back and he showed us the shrine by the stream where they found him. Our thoughts go out to his family.

On the drive back home, we stopped by the Hawaiian Botanical Gardens. The price of admission was a bit steep, but the scenery and flora was amazing. Unfortunately, the place was filthy with mosquitos! They tell you absolutely nothing about this when paying your entrance fee which is the least they could do. If they were honorable at all about this, they would provide a little DEET for you at the entrance along with your $15 entrance fee. You see…. I am a little sensitive about this because for some unknown reason, mosquitos love my flesh. I can be with a group of 20 people and I will be the one who gets bit first and most frequently. I don’t know if it is something in my CO2 plume they follow or a pheromone I exude or what, but the mosquito problem at the Hawaiian Botanical Gardens was enough to drive me out after only about 30 minutes. I had been eaten alive.

The day ended in spectacular fashion with some of the best Thai food we’ve ever eaten at Sombat’s. The restaurant itself is unremarkable and would be easy to miss if driving by, but the food is something most exceptional with the Pad Kee Mow being the absolute best example of the form I’ve ever tasted. If you are in Hilo, check them out. 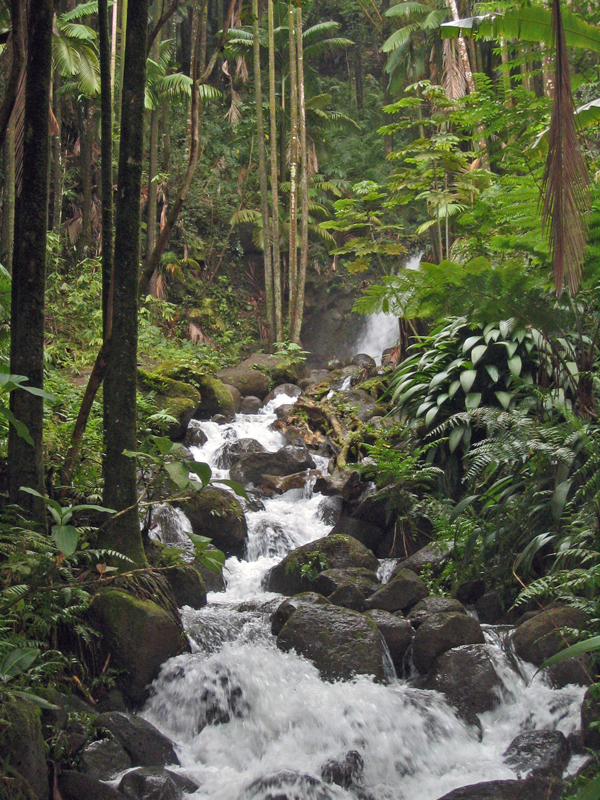