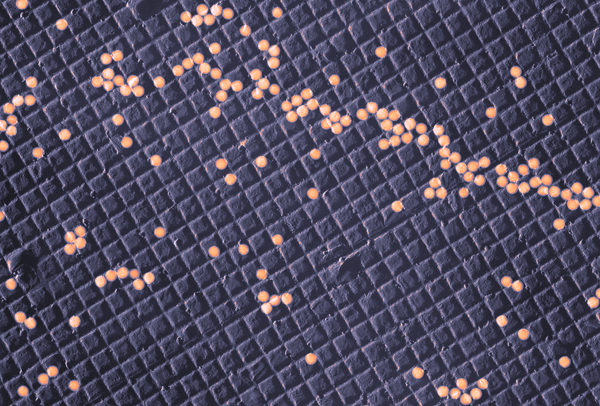 It’s been a busy, busy couple of weeks after the Bonneville salt flats trip and this image is part of one project we’ve been working on. It’s an EM grid designed for calibration of electron microscopes that we are using for estimating the degree of magnification astigmatism and warping of digitally captured images of electron micrographs. These experiments are going to be critical for the development of the software required to reconstruct a retina at the ultrastructural level.

Other duties of note include a talk that was given to the Utah Schools for the Deaf and Blind. I was one of a number of speakers including clinicians and Dick Normann who spoke on retinal prosthesis. My talk was on the basic science behind retinal degeneration. Julia Kleinschmidt organized this meeting and it’s safe to say that she is universally appreciated for her efforts in education and adaptation to vision loss.

Other work items of note are simply continued work on another manuscript (the seventh for our lab this year) and setting up a couple of positions for undergraduate research opportunities. We are looking for another couple of folks like Todd, so whichever students step into the role will have some big shoes to fill, but will hopefully get as much out of the experience as Todd.

Last Thursday was also the wedding of my good friend Bob who invited me to be one of his groomsmen. I was honored. Bob and I have had many adventures together over the years including more than one life and death experience in our younger, more impetuous days. Things have since settled down for both of us as we have found careers that are considerably less dangerous and more interesting than our previous activities. We lost touch for a while as we settled into our careers, and moved around the country, but we are now back in touch and I am looking forward to seeing them more often. I am truly happy for you Bob and Shanna. Congratulations! 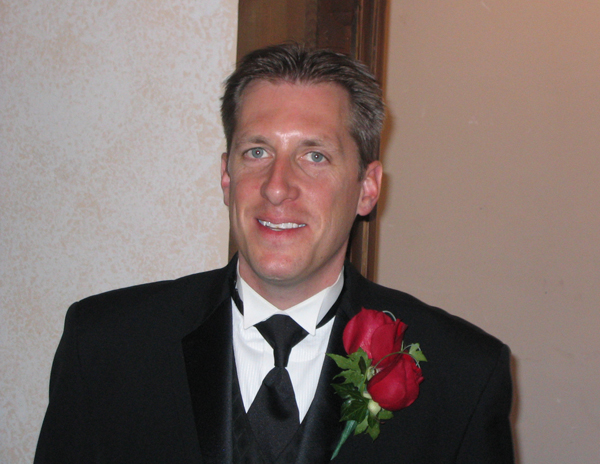 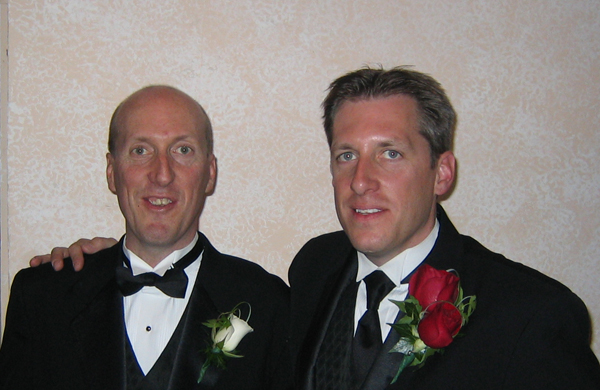 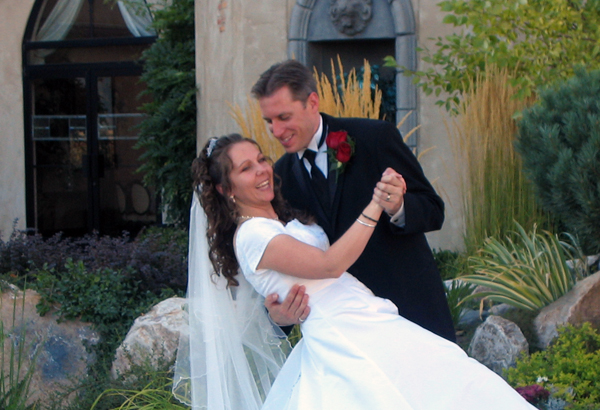 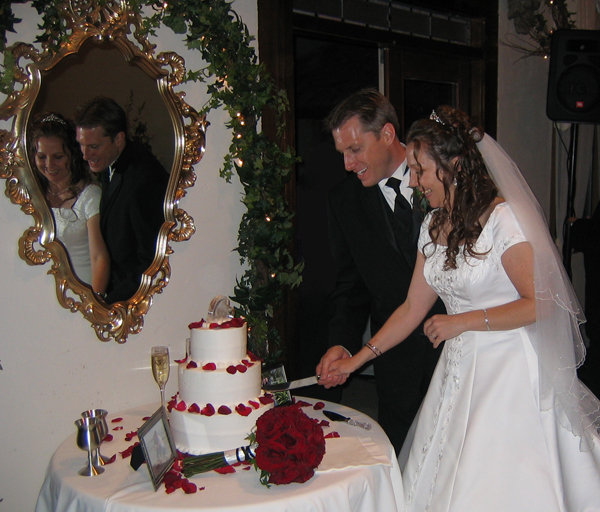 The next day, in-between meetings on Friday, the week was wrapped up in a delightful fashion as I had lunch with one of our good friends who showed up in his new ride. Mike offered me the keys for the drive to our local favorite sushi hangout, Kyoto. It was an offer I could not refuse. 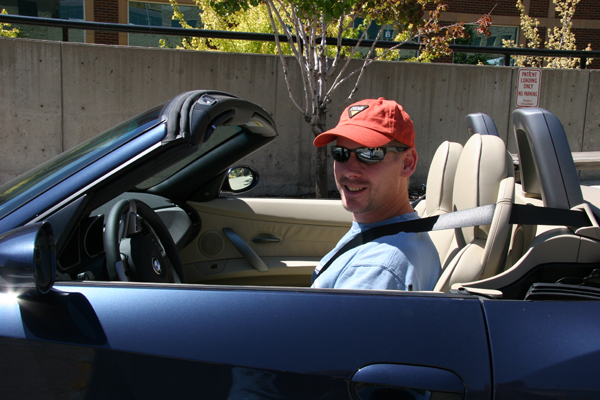 I am not a fan of Bangle’s work with BMW‘s styling, but I have to say it works on the Z series. The sedans were spectacularly ugly when first released, but are getting better and I still wish for a more 2002 like entry level model and a return to the classic refined look that made BMW so recognizable and sophisticated. However, the sexy, long nose appearance of the Z series harkens back to the early 507s and the crispness of the Bangle influenced bodywork somehow works rather well. Getting up close and personal reveals that the car looks much better in person than in photographs and sliding behind the wheel illustrates that like any BMW, the company could wrap their cars in a box and it would still remain a superlative experience. The Germans know how to do chassis design and the BMWs are some of the best handling vehicles Germany has to offer. For an open top, front engined vehicle, the chassis is remarkably well balanced with an impressive rigidity that makes one feel that the car is carved from a block of metal. I have to say that I fell in love with the car which was an experience that was the polar opposite of the one I had in a 7 series a year or so ago. The base models like the Z series and 3 series are closer to BMW’s soul for me. No iDrive garbage, less weird Bangle styling, and a more fundamental driver centric experience in the cockpit without the electronic distractions of the more expensive offerings. I would love to see a remake of the 2002 series with classic styling, but that does not appear to be in the offing for some time. One can dream though, right? 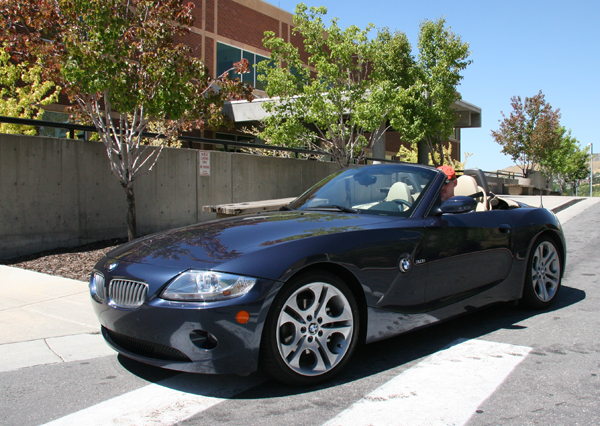 Last week also saw the debut of the blog of a student of ours, Koji Takahashi. He’s got a cool perspective and carries a camera, so check out his blog and pay attention to his posts on a recent trip to Japan.

Finally, I’d like to point out a link to the American Red Cross website. Please donate for the relief effort for hurricane Katrina. I have been surprised at the lack of links on the web for this effort as the effects and true scope of this disaster are likely to become more evident and significantly more pressing in the weeks to come. I hope my friend Carolyn and her family in Baton Rouge are doing well. My thoughts and prayers are with you.