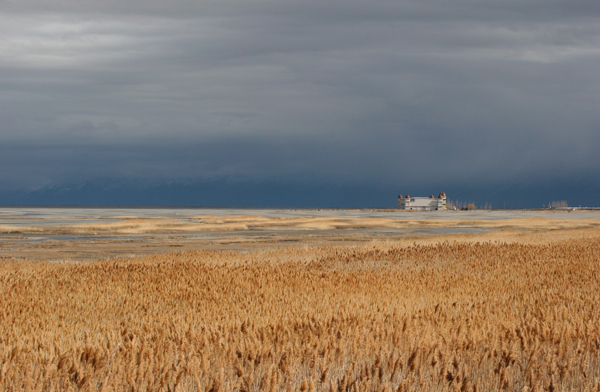 Saltair across the reeds. Saltair has a long history and this modern rendition is one of many that have come to this place on the South shore of the Great Salt Lake. The “resort” has come and gone over the years and is currently a venue for some concerts that come through the SLC valley. 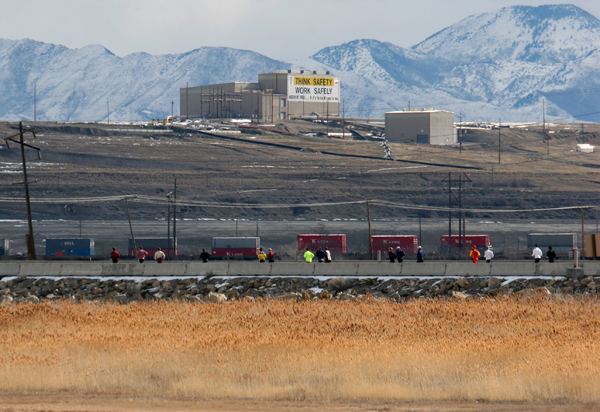 H had the final installment of the Winter training series that culminates in a 15k run. She took first in her age group which has been fairly typical of her performance. She is a strong runner and certainly has more running stamina than I do. For some reason unknown to me, this installment of the running series had the flamingos (plastic) come out for the race decked out in all sorts of regalia. This one below is apparently ready for a swim. 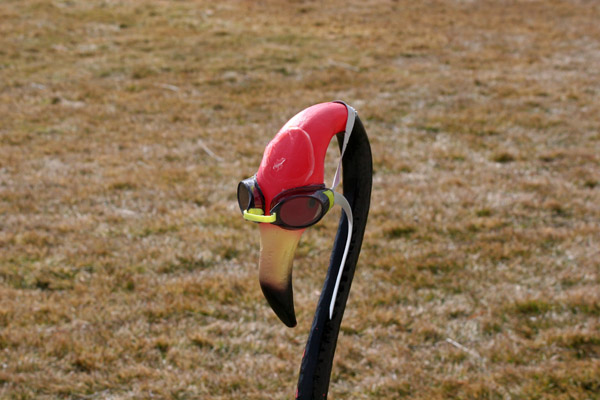 While I do run with H on occasion in the mornings, I prefer bicycling, so I’ve been using these opportunities in the running series to get out and do some photography. The Great Salt Lake is actually an amazing place to do photography and has pulled me back again and again over the years to capture images. One photo-essay I did a dozen or so years ago actually made it on to public television. Perhaps sometime in the future when I am hurting for new material for the blog, those images will come out of the archives. The colors out there are truly stunning and subtle and the play of light can provide a photographer with many opportunities to take advantage of landscapes hard to come by in other parts of the world. The light is particularly interesting when storms are moving into or out of the area with dramatic changes in color and brightness.

Much of my older film based photography of this region has been from the air in rented planes, while some images were captured hanging out of the back of a plane doing survey work with a trusty Canon A-1 I had. The A-1 was a great 35mm camera that held up for years and travelled all over the place with me. While there are camps that prefer the Nikon systems (you really cannot go wrong with them), I still prefer Canon and currently use a Canon 20d. The move to a full-on digital SLR has been tremendous. I’ve long been a fan of digital photography and have been participating in the revolution for over a decade, having owned the first digital camera marketed to consumers in 1994, the Apple Quicktake 100. That camera was traded in on a Quicktake 150 which I still have. These Quicktake cameras certainly presaged the merging of consumer imagery and computers which is now taking the personal computer world by storm. My Quicktake 150 was replaced by a Canon S20 which is still used but is now a supplement to my primary system and first digital SLR, the 20d. It commonly travels with my while I bike just in case….

Shooting digital is so much more convenient and inexpensive than film based shooting and I now understand why so many photojournalists have made the move to digital for everything from local news to war-zone reporting. Digital does bring up a new set of vulnerabilities over film such as battery life, dust on the CCD, cold and weather for those digital cameras that are not weather hardened and in any sophisticated war zone the US is involved in, there is the possibility of EMP bombs wiping your electronics. That said, the convenience of being able to capture, manipulate and deliver images instantly worldwide has made digital SLRs the wave of the future. 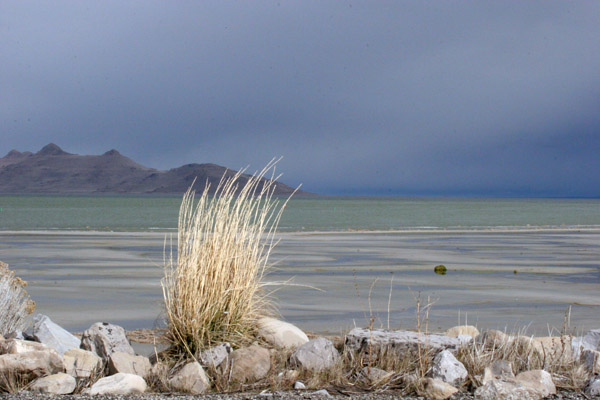