I was having horrible problems getting the Internet consistently in my room here at the Radisson. I explained my plight to the folks downstairs telling them I specifically chose this hotel because they advertised broadband access and that otherwise it has been a nice stay. Apparently these hotels contract with another company that provides the service and getting somebody who knows what they are doing is impossible. It may prove easier to find a Starbucks and connect wirelessly because at least they know what they are doing with T-Mobile . T-Mobile by the way has been wonderful. Completely transparent cell phone service for the entire trip from Salt Lake, to Los Angeles to Auckland to Perth and now Sydney. We will see what the phone bill looks like when I get back though. It should actually be quite reasonable given the rates I looked at before leaving. 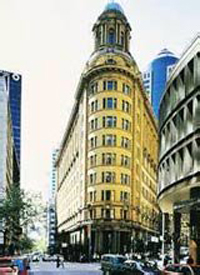 Am still feeling awful with a head that is swimming around and around, so I hope that they will let me into the US presuming I can look healthy enough to pass customs. It is strange though because the circadian downturn at night that I usually get at home is now completely unpredictable. I was thinking last night that I would have to suck it up and deal with another hotel room service sandwich, but about 8:00 just after I got in on the plane I felt pretty good. Really good as a matter of fact and thought I should go out and get something to eat. I found a sushi place called Yoshii. Well, it turns out I spent quite a bit of money on dinner. Even so, it was the most fabulous sushi dinner I have ever had. Amazing. Stunning presentation. Artful. Gorgeous. Complex. Impressive service. A dinner to remember with the best saki I ever tasted. At the end of the dinner, I thanked the sushi staff……at which point the entire restaurant staff including the waiters turned around and bowed deeply responding many grateful thanks for my coming in, handing me business cards asking me to give them to my friends. There were multiple bows back and forth and two gifts of high quality sake before I could leave the building and get through the door. After that I was standing on the street corner with another two of the patrons who left just after me. They asked if I knew the owner to which I said “no”. They responded with “We left just after you and they have never treated us as good as they treated you. You must be somebody important to them.” Well if this was the couple behind the curtain on the other side of the sushi bar, I am not surprised if they were not treated as well as they treated me. They were the first sign of rudeness I had seen (rather heard because I did not see them, only listened to them) in Australia. They were arrogant to the wait staff, complained about how the food tasted!! which had me completely confused because I thought it was some of the best sushi I had evah!. (sorry Akira) They made fun of the dishes (which were these very cool hand made sushi platters with coral for chopstick rests) and were generally obnoxious as hell. I had a wonderful time though and realized once again that being polite can get you ahead, or at least make you feel a little better about things than you might otherwise do.

At any rate, slept a wonderful sleep (sake perhaps?) and awoke feeling much better and full of life which was good because I had scheduled some time to meet up with friends of mine later in the day. So, I embarked on a walking tour of Sydney which is something I like to do in places I travel. Some cities are easier than others to navigate. Some are cleaner than others and certainly more beautiful, but Sydney is perhaps the most beautiful city of all. It’s a fairly big place, so I restricted my walking to the major metropolitan area starting out from the hotel and walking down to the botanical gardens which are a sight to behold. I was however a bit startled to look up and see the largest bats I had ever seen in my life flying and hanging in the trees. 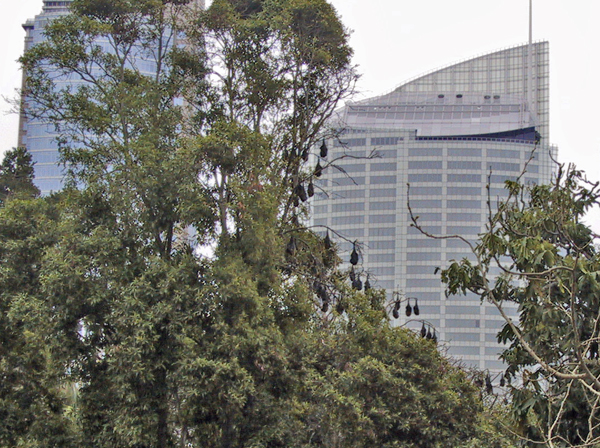 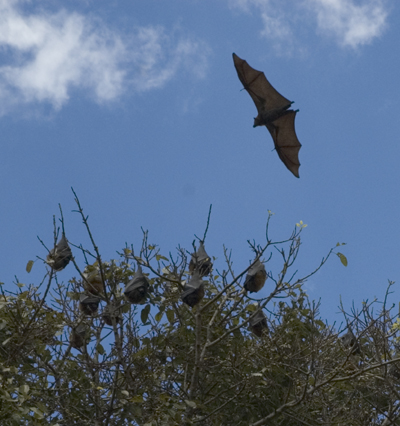 It turns out they were flying foxes, and there is some degree of controversy over whether or not they are actually bats. From the CNS anatomy, there is fairly strong evidence that they are primates. Specifically, the CNS visual nuclei of Megachiroptera (flying foxes) is strikingly similar to that of lemurs.

From the botanical gardens, I walked down to the famous Sydney Opera House and Sydney bridge. I considered taking the harbor bridge climb, but had to give up hope because of a lack of available slots. 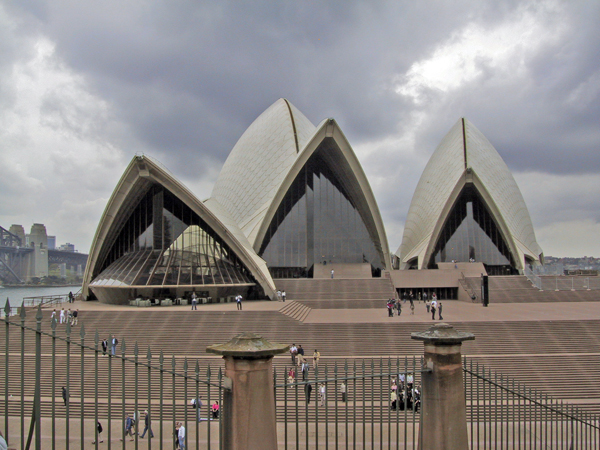 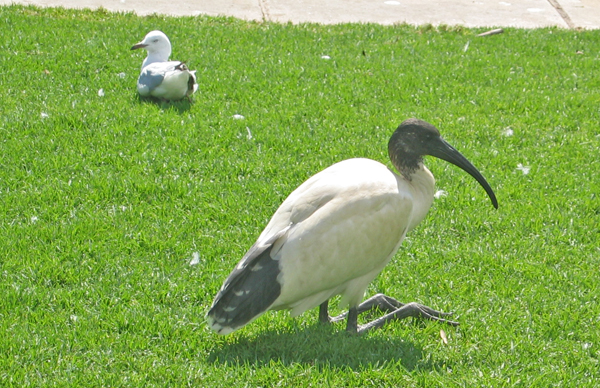 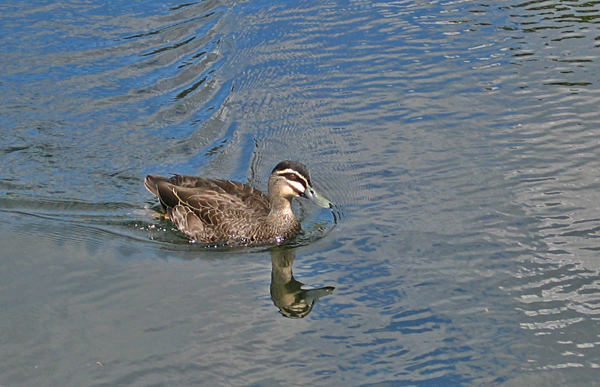 Eventually I made my way through to the upper part of town and over to the Darling Harbor neighborhood where I met up with my friends Pamela and Steve with their son Zach staying at the Glasgow Arms Hotel. We continued out walk around Sydney visiting the Aquarium and finally hooking up with more friends for a dinner out. 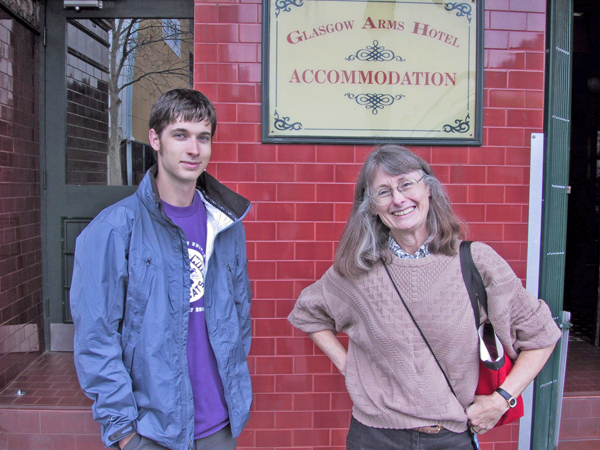 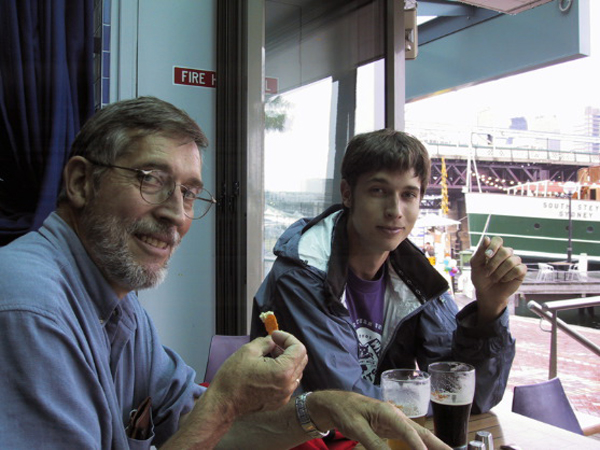 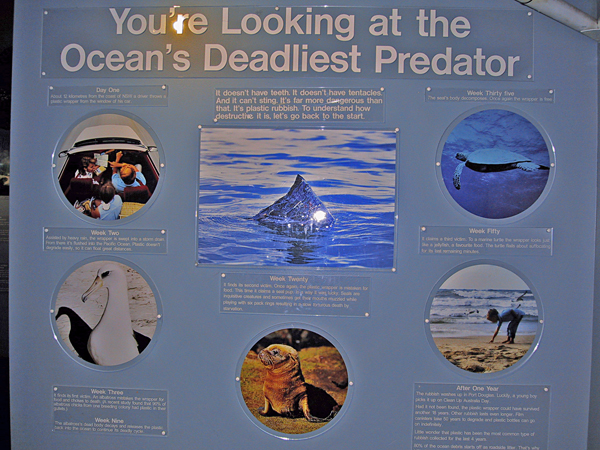 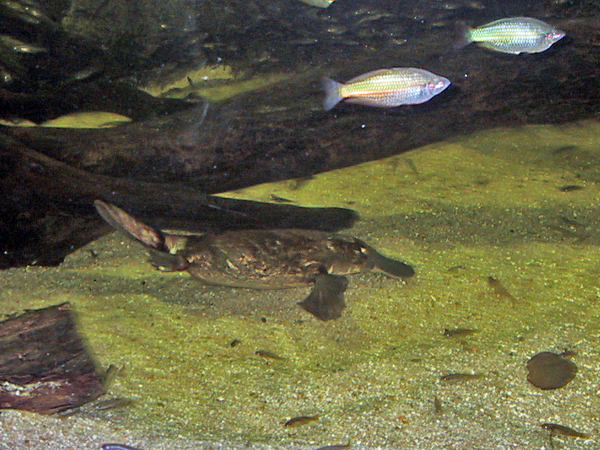 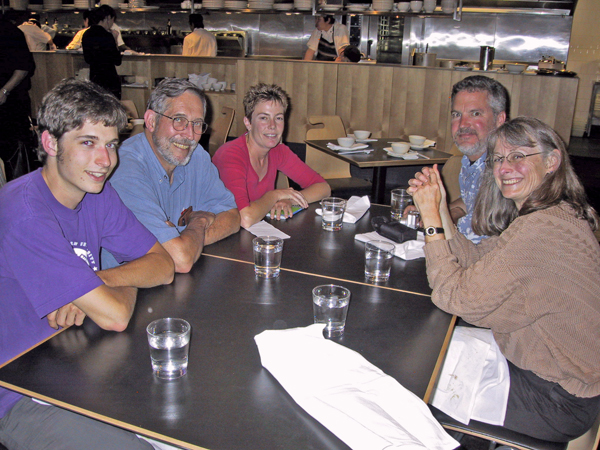