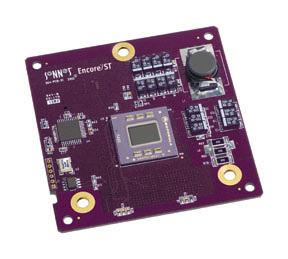 I use a number of Macs almost daily. My laboratory computer is a dual GHz Power Mac ultimate configuration with the big Cinema Display that was maxed out even beyond the standard ultimate bundle from the Apple store. An 800 MHz 12in iBook serves as a portable system for presentations and work on the road and I divide my time between two older Macintosh workstations at home. One of the systems at home is a massively upgraded Powermac 9600 with RAID arrays and a 500 MHz G3 and the other is a G4 450. While the G4 450 was a powerful machine in its day, my research is starting to push the limits of that machine and I have been considering what to do with it. Since a lot of work is actually performed at home on weekends and evenings, I entertained the purchase of a new G4 to replace it, but an upgrade was also another option.

CPU upgrades for Macs are not new to me with the first CPU upgrades I’ve used going back to the Daystar upgrades purchased for my old Mac IIsi and Iici many years ago (for which Sonnet still makes upgrades for). In addition to Daystar I have used CPU upgrades from most of the other manufacturers as well including Newer Technology, Powerlogix and a couple of third party manufacturers, but I have yet to have tried an upgrade from Sonnet which puzzles me somewhat as Sonnet has apparently been building acceleration products for the Macs since 1986 and is the leading supplier of CPU upgrades for the Mac market.

Transparency of operation combined with performance and 100% compatibility are the most important things to me and I don’t much care for being able to clock the chips to get an extra few MHz. I want reliable performance that allows me to preserve my investment in my computers and yet continue to allow me to be productive without constantly having to tweak things to keep them running. So, when it came time to upgrade the G4 450, I thought I would give Sonnet a try with their 1 GHz G4 Encore ST upgrade. I have heard good things lately about the upgrades from Sonnet and was encouraged when I heard that many of Newertech’s engineers were hired by Sonnet as I felt Newertech was one of the better upgrade manufacturers before they went out of business a few years back. 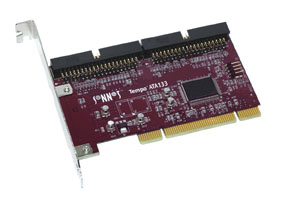 I should mention that options for computer upgrades include more than memory and CPU improvements. For instance, since I perform a bit of my screening work in Photoshop, fast hard drives are a requirement for me and was the first item I considered upgrading in my system. However, SCSI drives are expensive, especially for a home workstation that supplements what I have in the lab. Even standard configurations from Apple are still shipping with ATA 100 drives. Therefore, after hearing about Sonnet’s Tempo ATA 133, I was interested in combining that with a couple of ATA 133 drives from Maxtor and to date, I have been very impressed with the performance and transparent operation of the Sonnet ATA 133 card combined with those Maxtor drives. So, I thought if Sonnet had put the same effort into CPU upgrades as they do with their ATA cards, they would certainly be worth a try. In addition to the hard drives, I had invested quite a bit of money in memory and video cards and calculated I could save over a thousand dollars by purchasing an upgrade versus a new Macintosh even if I transferred the hard drives because I would have to purchase 1.5 to 2.0 GB of DDR RAM for a new machine as well.

Now, I should say that there are a number of reasons to upgrade your computer, but honestly, upgrading is not always the best solution or even an option given some systems such as the current iMacs. However, for many, computers are a significant investment and one can save many hundreds to thousands of dollars by upgrading versus purchasing a new computer especially when you have invested lots of money in memory, storage and other tangible and intangible investments such as time. In terms of time saved and thus money, when one has a significant investment in software, simply installing a new CPU can be a much simpler task than installing all of your software and settings in a new computer system.

So, assuming that one is looking at performing an upgrade rather than purchasing new, running the numbers in my case gives us the following: a new base G4 from Apple would cost $1500 and inexpensive RAM from a good source like Other World Computing would run another $210 for a grand total of $1710 minus tax. Going to the Sonnet website, a G4 upgrade at 1GHz was $599 which got me thinking, I suppose that I could have sold the old G4 450 for probably $500, but the delta still would have been around $600 and I would have the hassle of selling it, transferring data, erasing hard drives etc…etc…etc… Upgrading was a much better option at this point not to mention it being the more environmentally conscious decision. Sonnet it was.

The upgrade comes with straightforward instructions on how to upgrade along with the chip on a daughtercard and an extender for replacing the CPU’s on dual processing machines. Installation is trivially easy, especially with Apple’s case design that debuted back in early 1999 with the Blue and White G3’s and took all of about six relaxed minutes with a Philips head screwdriver and hemostat (needle nose pliers work too). In short, the Sonnet instructions for the upgrade instruct you to open the case, remove the old heatsink and reuse it for the upgrade which I must admit initially did not completely please me as I would like a much larger heatsink with possibly a fan to facilitate cooling. In fact, I would even be willing to pay another $20-40 for a larger heatsink/fan combination possibly as an option considering that the power plug is already in place on the upgrade for use in the digital audio models. Granted, the Powerbooks with 1GHz G4’s do not have nearly the cooling capabilities of even the small desktop heatsink in the G4 450, so cooling is probably not an issue, and after running this upgrade for a full week for 24 hours a day under heavy CPU loads without a problem, the heatsink, while warmer than before was not unbearably hot to the touch and the machine ran error free. But I would feel better with more capable cooling for this chip for long-term reliability. As for the fan in the case, it runs a bit more now and the air coming out of the back does feel warmer than before but not any different than the air coming out of the dual GHz machine. Besides the easy of installation, another big plus for me with this card was that there are no switches to set like I had to with the Newertech cards and Powerlogix cards in the past and no software to install like with all previous upgrade cards I have ever tested either. You just plug it in, reboot and it works. You get an instant speedup, kind of like a supercharger for your Mac.

Minor complaints with the heatsink aside, I am very happy with the performance of the chip, especially for the price. Subjectively, the perceived performance increase was immediately apparent and OS X is much faster and comparable to the experience with the dual GHz Quicksilver at the lab. Quantitatively, since I spend a lot of time in Photoshop, a rigorous test of series of filters, transformations and image operations using functions that are both optimized for Altivec and those that are not were in order. These tests revealed a 58% increase in performance over the stock 450MHz CPU. Image operations in ImageJ and IDL take place almost instantly versus my having to wait as I did before. Image classifications take place 62% faster, background tasks like printing take place much faster than before and oh yeah, frame rates for the Radeon 8500 card increased 66%, so those interested in 3D games should find them much more playable than before and at higher resolutions. Also, 3D rendering of image reconstructions in Vectorworks has significantly dropped from 30 minutes to 12 minutes, 10 seconds, and the time for exporting Quicktime movies from iMovie has been cut in half.

A quick benchmark with Xbench revealed a score of 55.28 before the upgrade and 96.87 after which is pretty respectable considering that my completely tricked out dual GHz Quicksilver with GeForce Ti video card scored 111.65 on Xbench. 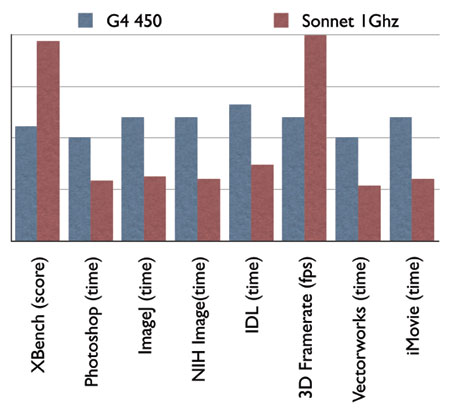 A graph of the performance differences between the stock G4 450 and the same machine with the Sonnet 1Ghz G4 upgrade. Categorical values have been normalized to fit within the graph. This demonstrates graphically the increase in scores on the benchmarking application and the 3D framerates, while illustrating the decrease in time required for various tasks completed in their respective applications with the Sonnet upgrade.

All told, I spent the last week giving the system as complete a workout as possible and I can certainly say this upgrade is well worth the price of admission. Perhaps I should have even gone for the 1.2 GHz model which most likely would have outperformed my dual GHz system at the lab in many tasks, but I am certainly more than satisfied with the performance and the price of admission for this upgrade. The quality is top notch and the ease and transparency of operation is something that all upgrade manufacturers should aspire to. Oh, and purchasing a Sonnet Encore/ST G4 upgrade (any speed) between February 1 and March 31, 2003 will net you a free 32MB Flash storage USB keychain drive.